Quick, easy, and oh so good. 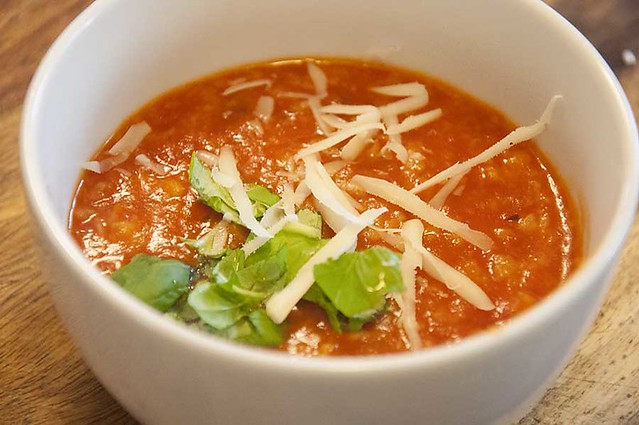 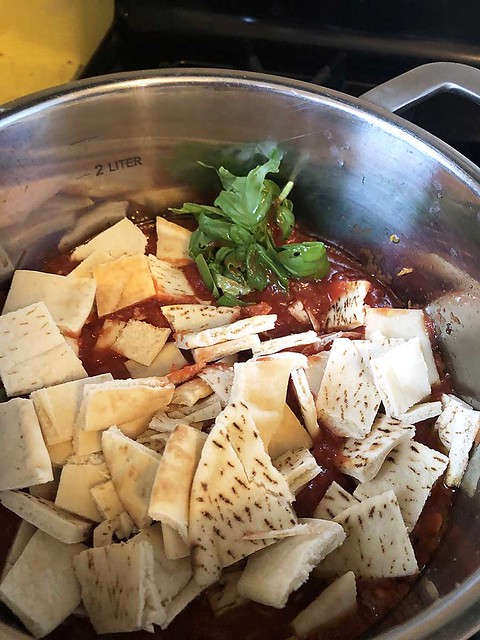 The bread I used for this recipe is a pita type Arabic bread. That goes into the soup pot along with crushed tomatoes, garlic, red pepper flakes, basil and chicken broth. 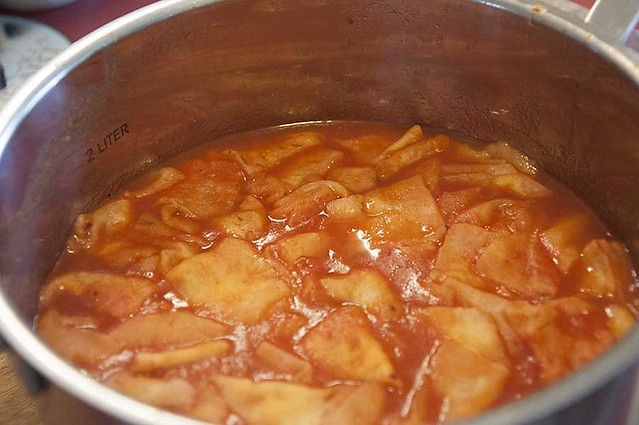 The bread is simmered with the soup base until softened, about 15 minutes, 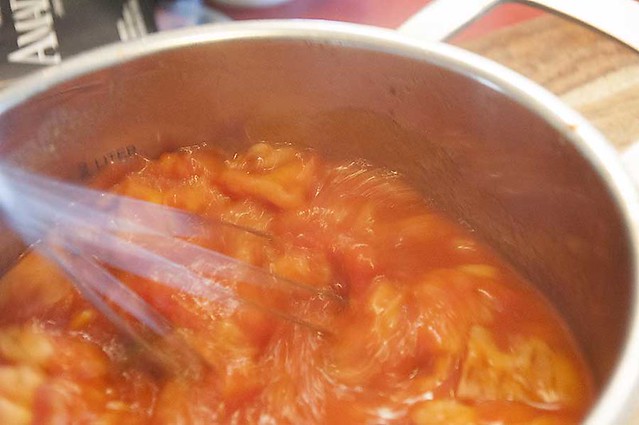 then vigorously whisked into the soup base. You do not want to use a blender or an immersion blender, you want some un-whisked chunks of bread in there, they turn out dumpling like, nice and soft and pillowy

I highly recommend using a pita type bread, It will hold up better in this soup. 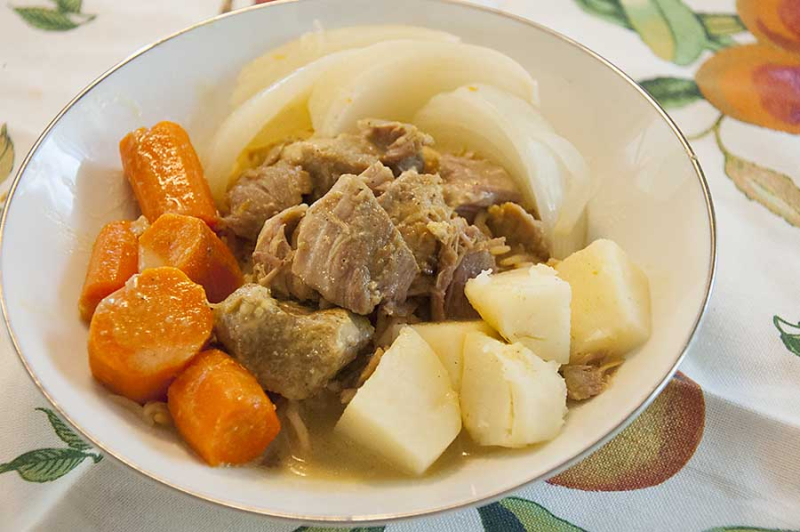 I don't know what to tell you other than your mouth will sing when you eat this dish. The braising liquid is made up of coconut, lemongrass, cardamom and curry, hits all the right notes, no?
The recipe calls for the vegetables to be cooked separately which worked just fine because I pressure cooked the meat in the broth. Cooking the vegetables separately allows me to cook them to my preference, I like them a bit on the firm side.

The recipe is from Dorie Greenspan's cookbook Around My French Table she states that sometimes when she doesn't have time to cook the vegetables, she adds some frozen peas to the pot at the end, or leaves it as is.