Well, actually it's pork tenderloin medallions because that's what I had on hand.

This is a recipe from my much loved The Silver Palate Cookbook. 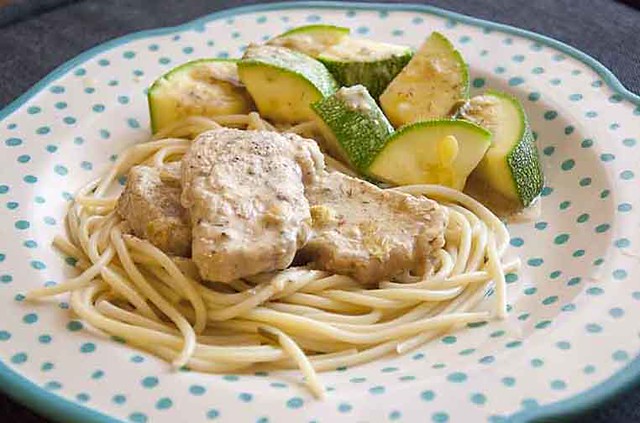 And it was wonderful served over spaghetti with squash.

So gather together the veal or pork 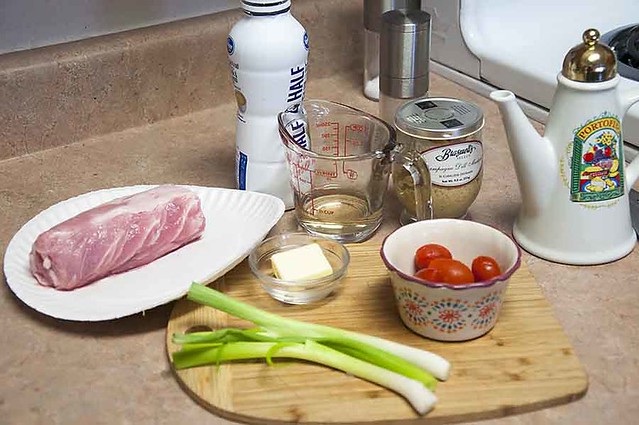 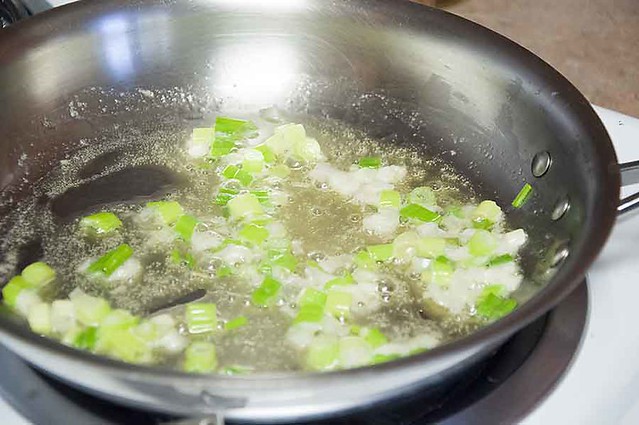 Give the scallions a quick sauté in the butter and oil. In the same pan cook, the meat then remove it to a plate and keep warm. 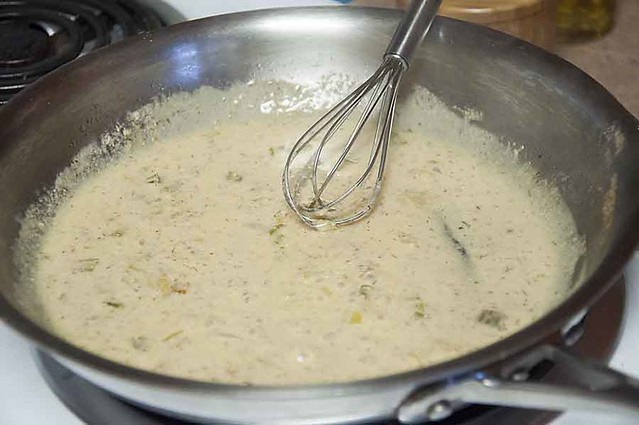 After the wine is added and reduced, whisk in the mustard and cream. 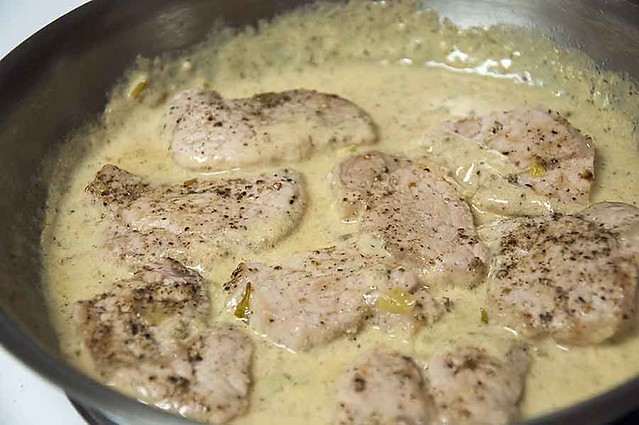 I added the pork medallions to the sauce and let them hang out together while I cooked the spaghetti and the squash.

I can't help but think this sauce would be great on so many things, like the salmon I'll be making tonight. Yeah!

The fish I grilled yielded two more meals, well actually three if you want to count the fish cakes that were pilfered by someone from the refrigerator.

The next day I made a killer green chili tartar sauce for the fish. 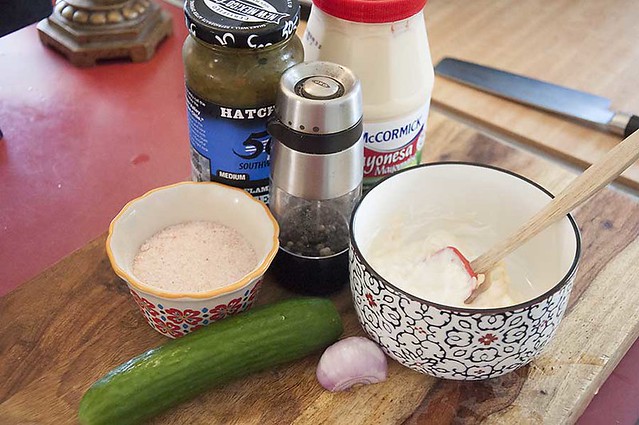 Equal amounts of mayonnaise and sour cream, half a small shallot, diced, half a Persian cucumber, diced, 2 tablespoons of diced green chilis, or to taste, a pinch of salt and a few grindings of fresh black pepper. (yep, the sour cream missed the photoshoot) 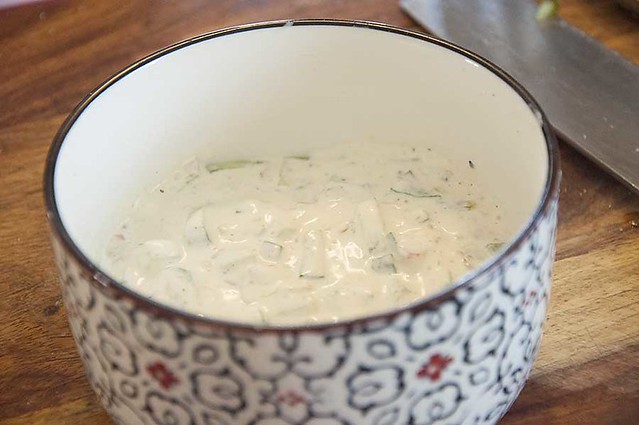 Taste and adjust for seasonings. If you can make it a bit ahead of time, let it sit in the fridge for a while then adjust the seasonings later. 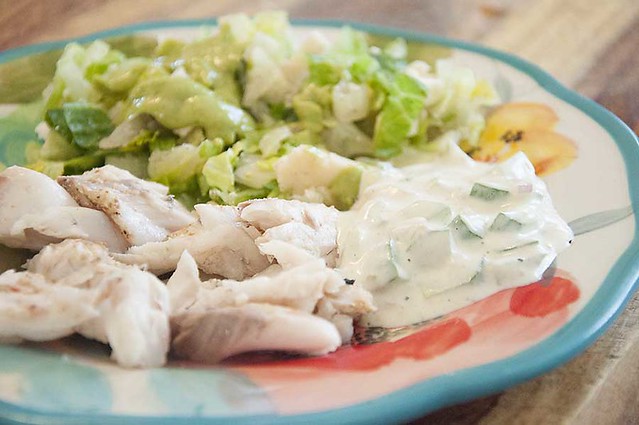 That teamed up with some nice flaky fish and crips greens made for a great lunch. 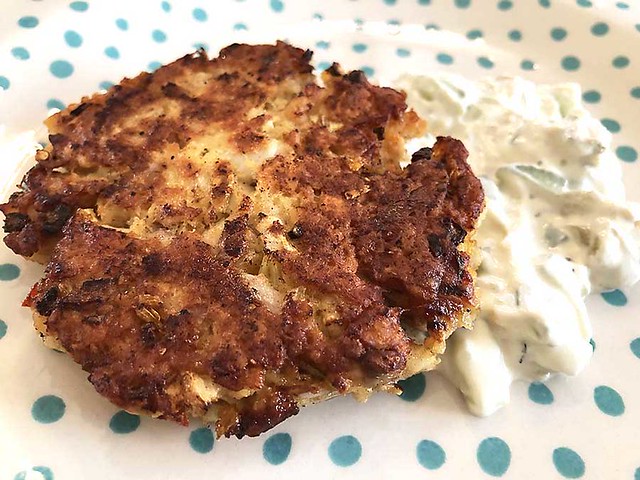 Of course, the fish cake was served with the green chili tartar sauce.
Use your favorite recipe but all I did was dice up some celery and a bit of onion, crunched up saltines and gradually added a beaten egg to bind it all together. I cooked them off in a skillet using a mixture of a little butter and olive oil.

I think I got my money's worth out of that fish.