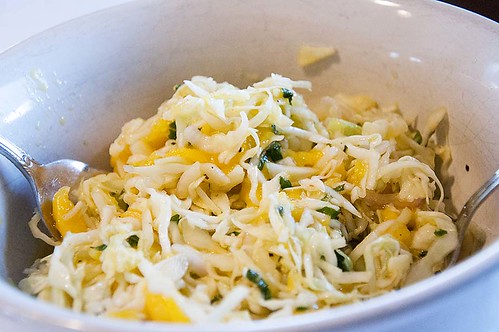 I really, really, really, I mean REALLY need to get my eating habits back on track. I've enjoyed my "foodie" staycation, maybe just a little too much.
You know how it goes, we have the freedom of choice, but not freedom from the consequences of our choices.

One of the first things I made to get myself back to reality is this cabbage slaw. It's so easy even a...well you know the rest.

I like that the mango is the only sweetness you need in the slaw and the little bit of lime and shallots temper that. I didn't add the jalapeño because there are some lightweights in the household and besides, I didn't have one or I would have added some to my portion.
Just don't make it too far in advance because it does weep.

We had it with pork in BBQ sauce sandwiches, a great combination.

BTW it's pretty darned good for breakfast too. 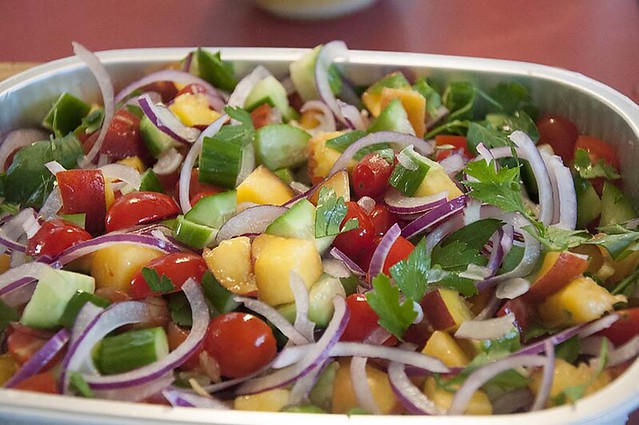 I know, I know Panzanella salads have bread in them. This was going to a BBQ later, so I added the bread and dressing when I got there.

This is my take on the Peach and Cornbread Panzanella salad Katie Lee has on the food network.

I say "my take" on the salad as if my creative juices were flowing when in actuality, whenever I made this if I was lacking some basil I’d substitute flat leaf parsley, and so far I’ve never used cornbread, I’ve been using pita bread that I toasted and cut into cubes.  I always use Persian cucumbers, I can't remember the last time I bought an English cucumber the original recipe calls for. 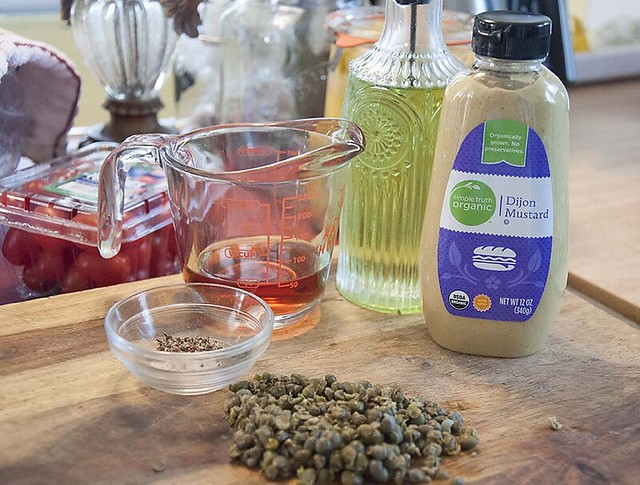 The dressing is a pretty straight forward vinaigrette with the addition of capers. 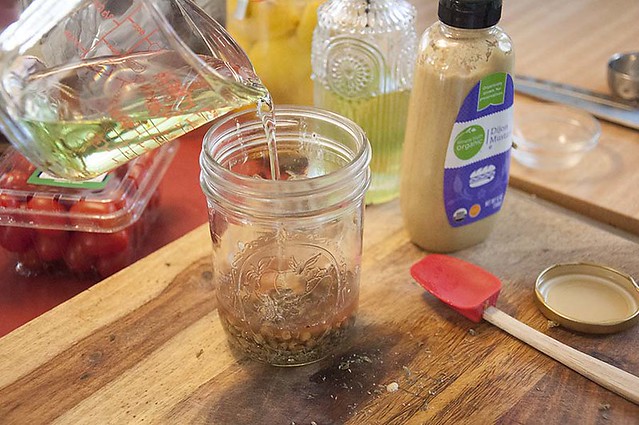 I usually make salad dressings in canning jars. They have nice wide mouths, and the lids don't leak when you shake the jars to mix the ingredients. 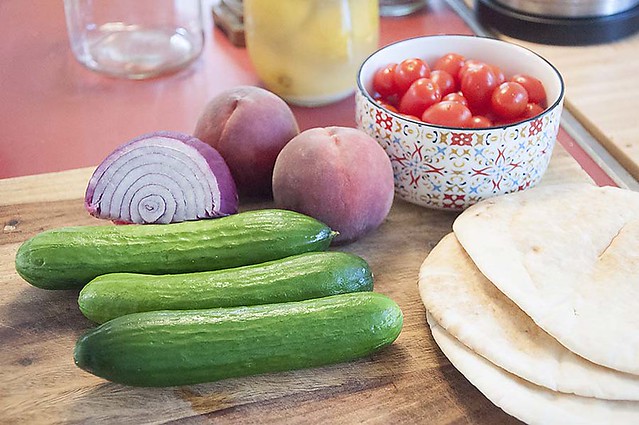 The salad ingredients are few and simple, with the exception of the peaches and bread,  this is one of the salads I make frequently.
Our Middle Eastern students loved it so I tried to have cucumber, onion and tomato salad with the evening meal. 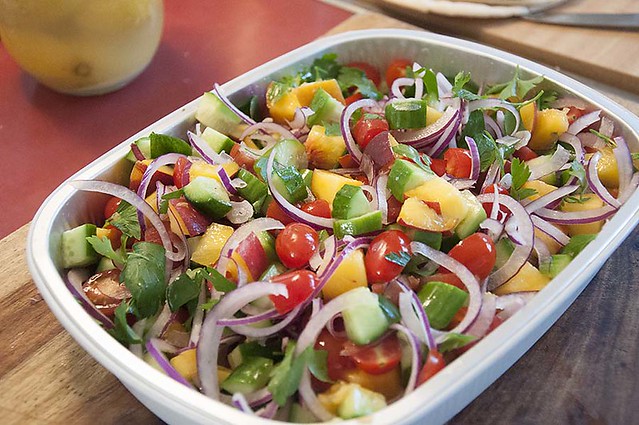 I hope this entices you to make this salad. You don't even have to add the bread, just don't call it panzanella or the salad police will come looking for you.