A few months ago I started my journey into food preservation by learning how to dehydrate different foods. 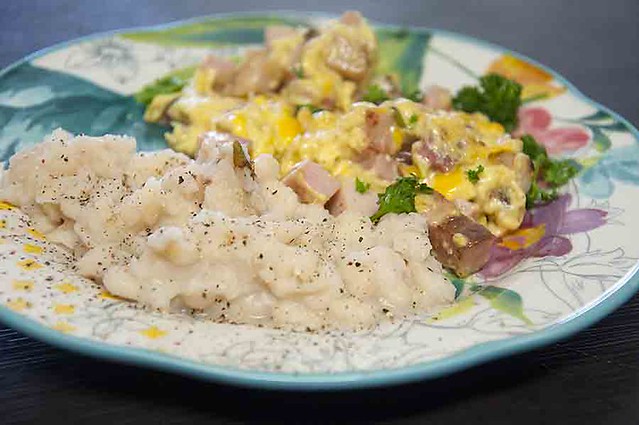 Beans are one of my favorite dehydrated foods to have on hand, they rehydrate quickly and I can cook as few or as many as needed at the time.

I learned about "fast beans" on the Rose Red Homestead YouTube Channel. Well, that and a lot more.

I cooked a one-pound bag of dried cannellini beans, then dehydrated them. The dried beans filled a one-quart canning jar. 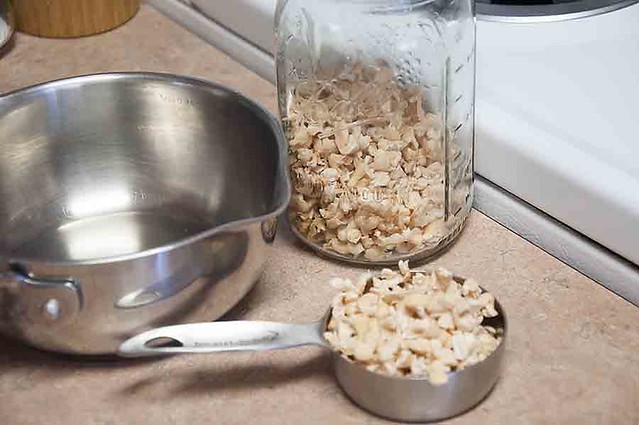 This morning I wanted some beans to go along with my ham, cheese, and onion scrambled eggs. All I had to do was measure out 1/2 cup of dehydrated beans 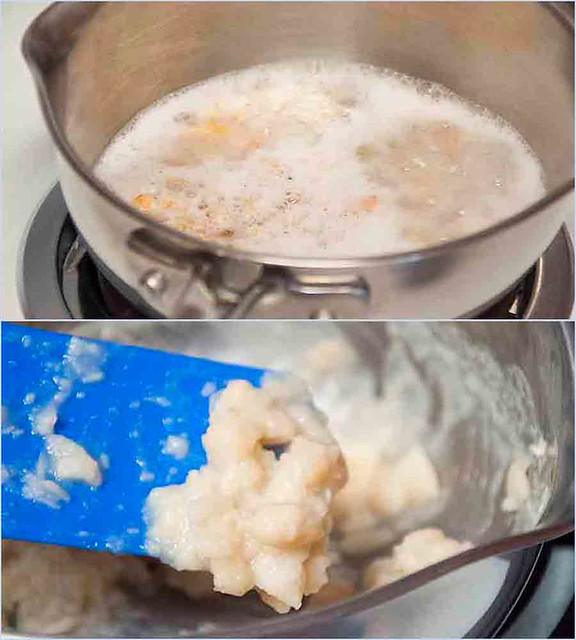 then add to 3/4 of boiling water in a saucepan, reduce to a simmer and cook until tender. and a few minutes later I had just the right amount of beans for that meal.
Some of the beans burst while dehydrating so you're not going to get all perfect individual beans but they aren't all mushy either.

I do keep some canned beans on hand for the dishes that need whole perfect beans.

And I've only just begun.

Yippie! one more thing for the pantry.

A few months ago I acquired a dehydrator and have been dehydrating just about anything I can get my hands on. So much so that my neighbors won't even walk their dogs past my place anymore. lol 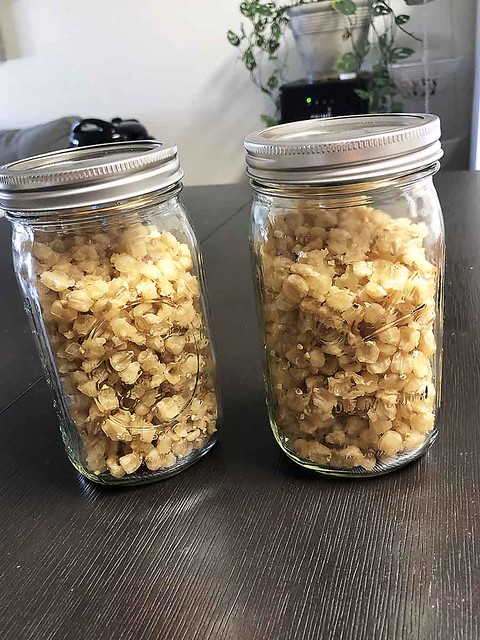 My latest project was dehydrating a #10 can of hominy. It ended up filling up two one-quart jars. 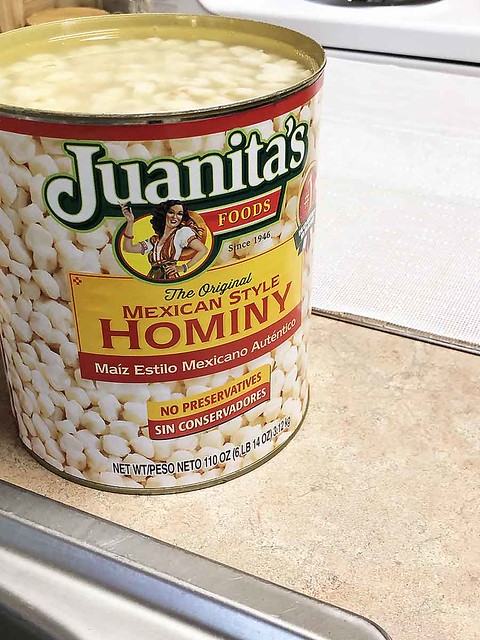 This is the brand I used. 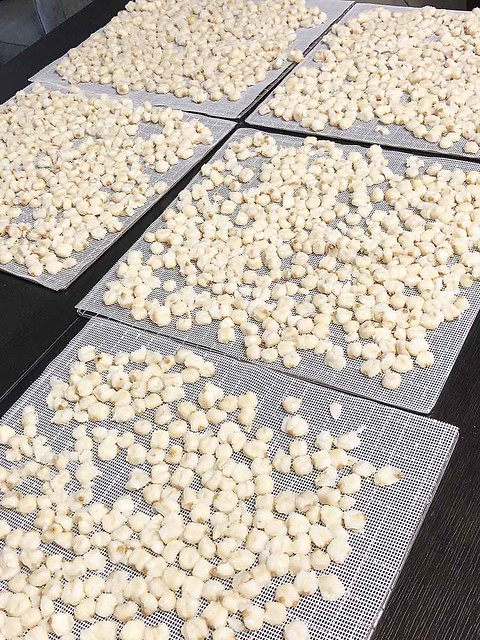 After draining and rinsing and draining the hominy I filled mesh-lined dehydrator trays with the hominy.
It was really quick and easy, I just took handfuls of the hominy and patted them into a single layer. I used mesh liners because I was concerned that when the hominy dried and shrunk it would fall through the wire trays, good idea. 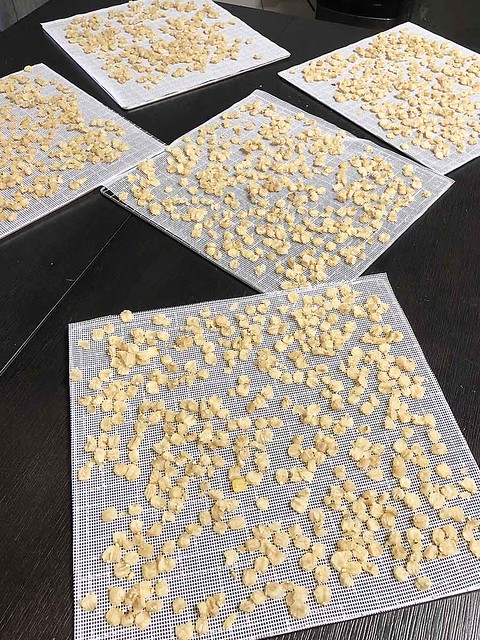 I dehydrated them at 125*F and set the time for 12 hours. When I was reading up on dehydrating hominy, I read that it took some people 24 hours to totally dry the hominy, mine took only 9 hours.
There are a few things that are factored into how long it takes to dehydrate any given food. I go by the rule that it's done when it's done, not when the instructions/recipe tell you it's done. I live in the desert, so the ambient temperature is a big factor in the dehydrating process, also the brand and style of dehydrator you are using.

With my limited math skills, I figured that by buying the #10 can of hominy and breaking it down, you have the equivalent of 7, 15.5 oz cans of hominy. With what I paid for the #10 can my price per 15.5 oz can is 57 cents a can.
Next time I'll be canning some so please stick around.