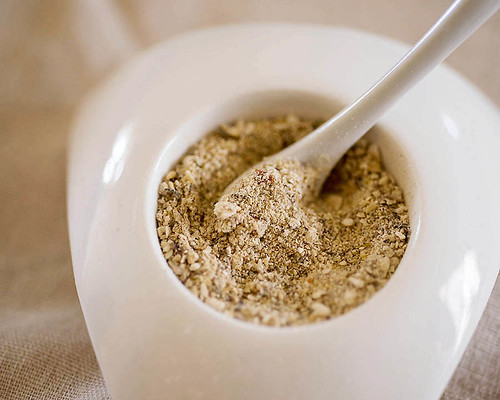 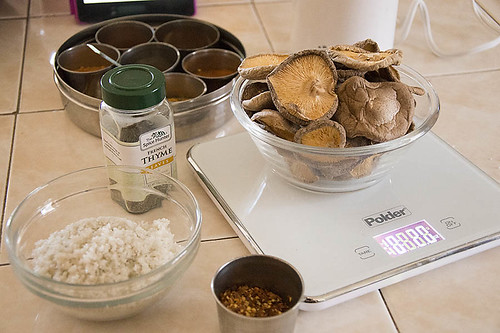 You'll need dried mushrooms, red pepper flakes, salt, black pepper and dried thyme.
The recipe stresses that dried porcini mushrooms are the best. All I had was shitake so I use those. 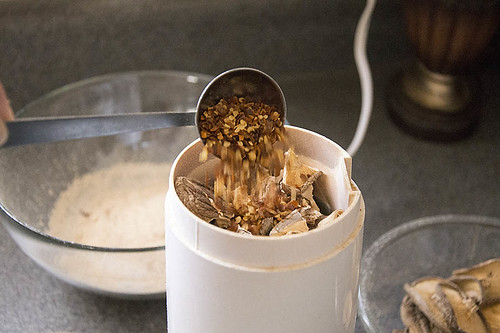 The recipe states to add the whole spices at the end to the already ground mushrooms.
I ground half of the spices along with the mushrooms. 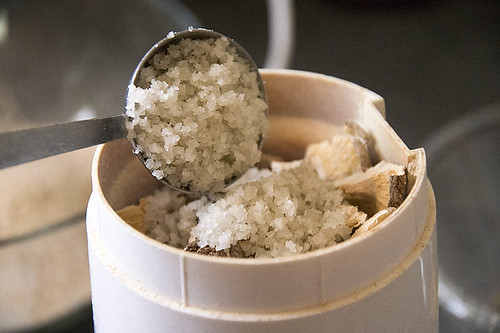 I used only 2 tablespoons of sea salt which I ground up with some mushrooms. 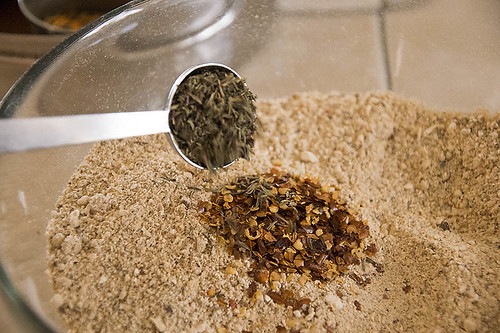 Add the remaining whole spices to the ground up mushrooms and spices. 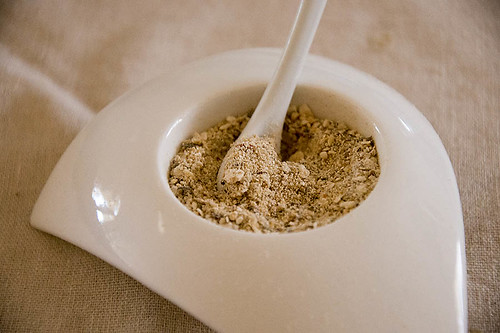 This mixture should have a place on the table, ditch the salt and pepper, this is all you need 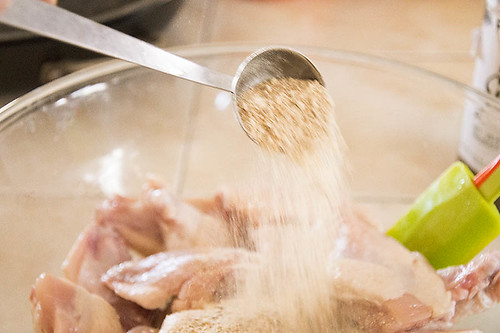 I had some chicken wings hanging out in the fridge.
I sprinkled them with some fish sauce and mushroom powder and let them marinate for a few hours in the fridge. 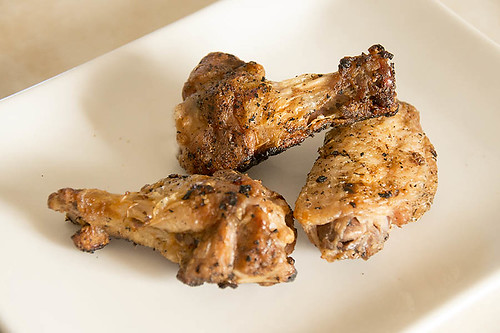 I cranked up the grill and grilled them but they can be baked in the oven.

Here's the recipe I kinda followed.
I used only 2 tablespoons of sea salt in my mix which I ground along with some mushrooms and it was plenty salty.
I also upped the red pepper flakes a bit.

Pulse the dried mushrooms in a clean spice grinder until they’re finely
ground.
Transfer the mushroom powder to a bowl, and add the salt, red pepper
flakes, thyme, and pepper.
Mix thoroughly to incorporate. Store the powder in an airtight container.
It’ll keep for several months, but I bet you’ll run out well before then.

This spice blend is truly magical- and one of my most highly sought-after
secrets.
If fish sauce is liquid umami in a bottle, this stuff is powdered umami in
a jar, and an indispensable tool in your kitchen arsenal. Despairing about
not having enough time to prepare a meal?
Just sprinkle some of this flavorful dust on anything you cook, and bask in
the admiring gazes of your dinner guests. By the way, I know this goes
without saying, but don’t skimp out and use some cheapo blend of dried
mushrooms. Dried porcini mushrooms have an intense flavor and aroma that
you won’t want to dilute.