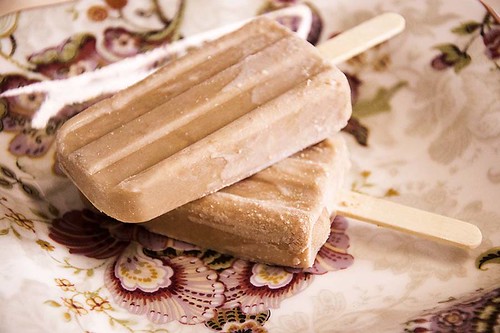 There is also the special surprise of some chopped almonds in the pops.

I hope almond products are on your list so you can make these.

I started out with the intention of making some Paletas de Cajeta, Caramel Ice Pops 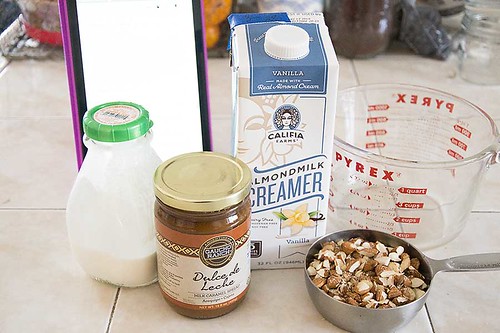 The only reason I used heavy cream is because I had a little leftover and
needed to use it. Otherwise, I would have used all almond milk cream, or just
plain ol' almond milk 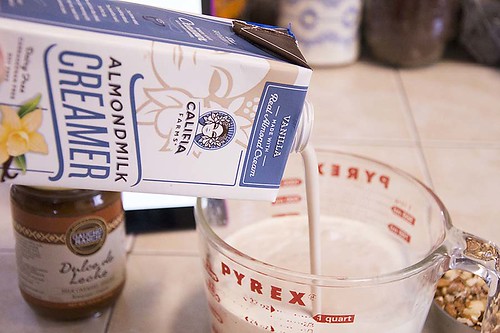 I started measuring out all my ingredients for the ice pops. First, I poured the
cream into the measuring cup, then added the almond milk cream until I had
the amount the recipe called for.

Next was to measure out the correct amount of caramel sauce.
I got the jar of Dulce de Leche out of the cupboard, opened it, 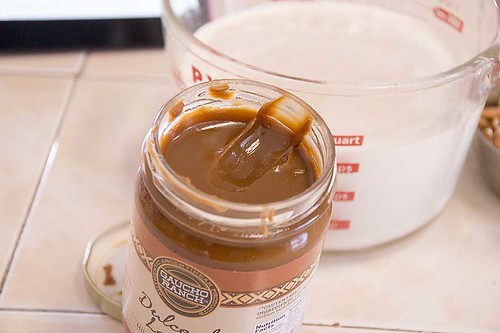 and this is what I saw.
Some low life pond scum had opened the jar in the store and using their
nasty crusty finger took a sample of the sauce. EEEWWWWWWWW
I was so mad I could have spit nails. 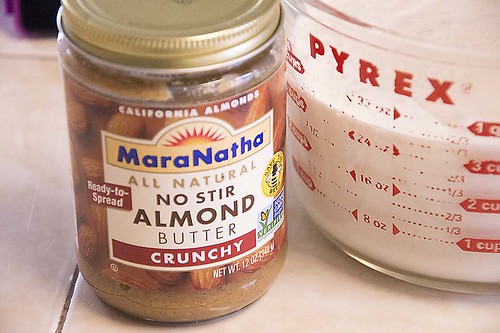 Once I was over my shock and dismay, I concocted a plan B.
I knew I had some almond butter somewhere, so I hunted that down and carried on. 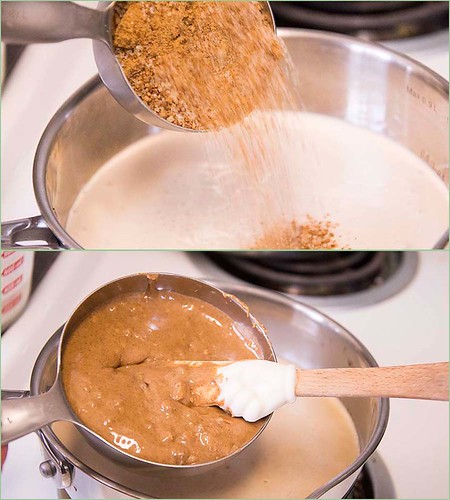 In a saucepan, add half of the milk and all the sugar, cook over a medium
heat stirring until the sugar is dissolved.
Remove the saucepan from the heat and stir in the almond butter. 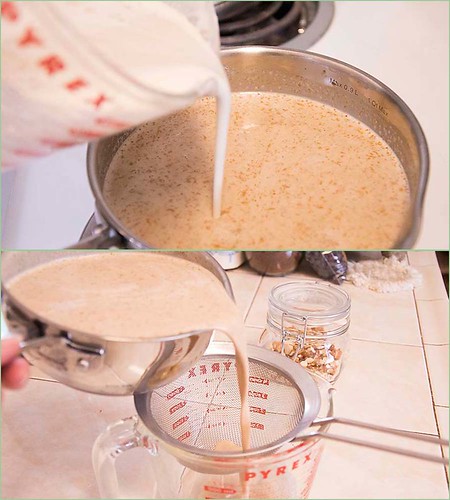 Add the remaining milk.
Because I used crunchy almond butter, I strained the milk mixture
so I could retrieve the almond bits. 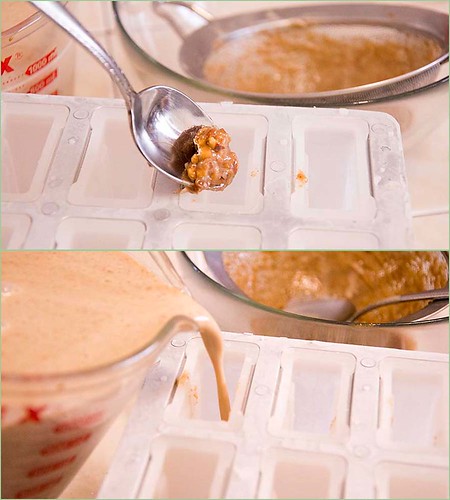 I then divided the almond bits from the almond butter evenly among
the ice pop molds. Add the milk mixture filling the molds
only half way up.

Put the molds in the freezer for a couple of hours. 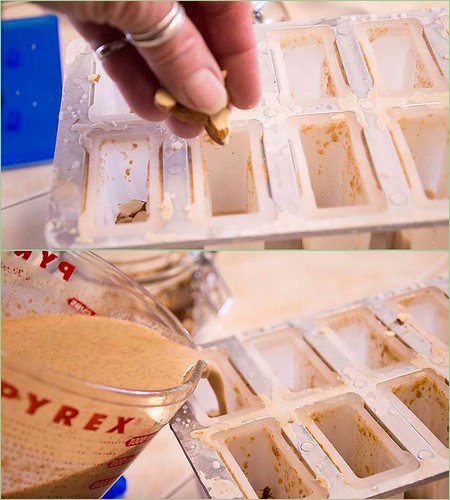 Once the mixture is partially frozen, add some chopped almonds to each mold
then fill the mold the rest of the way up with the milk mixture
cover the molds and add the ice pop sticks. 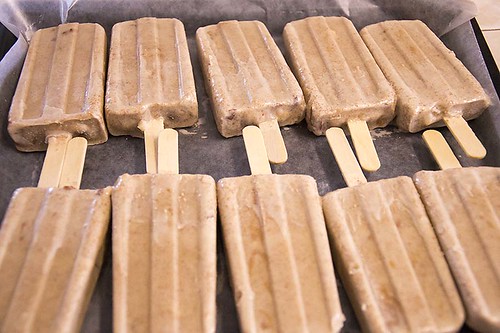 I run hot water over the bottoms of the molds to help unmold the pops.
This results in the surface of the pops being a little melted. In order to prevent
the pops from sticking together when I bag them, I place them on a waxed
paper lined cookie sheet and put back in the freezer, just long enough for the
surface to re-freeze

This is the recipe I intended to follow before I had to improvise.
It's all good anyway.

Combine 1 1/2 cups of the half and half with the sugar and salt in a
saucepan.
If using the vanilla bean, scrape the seeds into the mixture then add the
pod.
Cook over medium heat, stirring, until the sugar has dissolved.
Remove from the heat and add stir in the cajeta and the remaining 1 1/2
cups of half and half.
If using vanilla extract, stir it in at this point.
Let cool slightly, then discard the vanilla bean pod and refrigerate until
completely chilled.
Divide the mixture among the molds leaving enough room for the pecans.
If using conventional molds, don't snap on the lids yet. Freeze until the
mixture has a slushy consistency
about 30 minutes. This will prevent the pecans from sinking to the bottom.
Drop the pecans into the ice pops dividing them evenly among the molds. If
they float to the top,
push them down with a small spoon or ice pop stick.
If using conventional molds, snap on the lids add the sticks and freeze
until solid about 3 to 4 hours.
If using glass or other unconventional molds freeze until pops are
beginning to set, 45 minutes to an hour
then insert sticks and freeze until solid about 3 to 4 hours.

There is also the special surprise of some chopped almonds in the pops.

I hope almond products are on your list so you can make these.