Great Afternoon at the Bay

Last weekend Stan's daughter and her husband were in town visiting. Of course when landlocked people come visiting we head toward the sea. 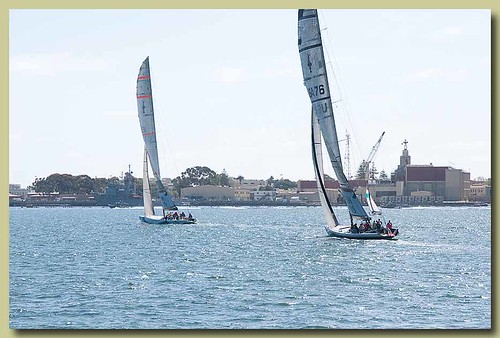 No, that's not us out on the boats 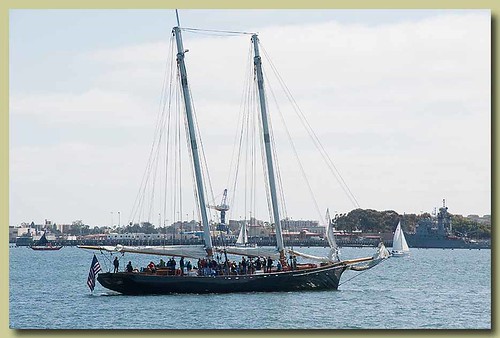 We were cozily ensconced inside a bay side restaurant watching the boats while imbibing in a few cool ones. 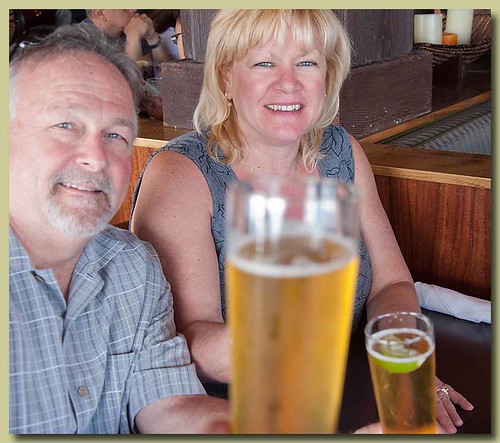 Donna, Stan's daughter, and her husband Ronnie. She has a nice rosy glow she got poolside at her in-laws.

We tried to have a late lunch at Pt. Loma Seafood, silly I know, after all, who goes there on a beautiful sunny San Diego afternoon; except for everyone and their dogs. Long story short, we decided to go elsewhere.

We decided to eat at Tom Ham's Lighthouse, It's been years since any of us have eaten there and it's a nice restaurant overlooking the bay. Wellllll, they close between lunch and dinner.

We ended up, happily so, at Island Prime/C Level Excellent choice.

We had appetizers of... 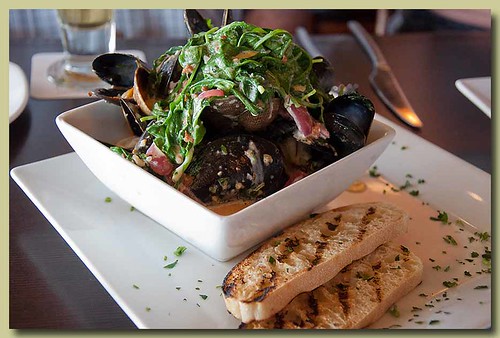 I wanted to drink the sauce from the bowl it was so delicious, but remembered where I was so I refrained.

And for Stan, the I don't care for seafood unless it's drowned in tartare sauce guy, we ordered some 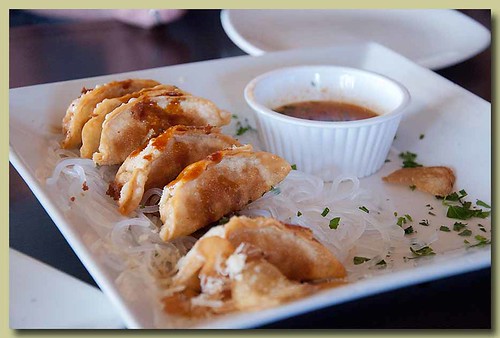 He kept going on, and on about how wonderful the dipping sauce was. I'm sure it had fish sauce in it too but didn't have the heart to tell him. ;-)

Oh yes, we ate the noodles too. 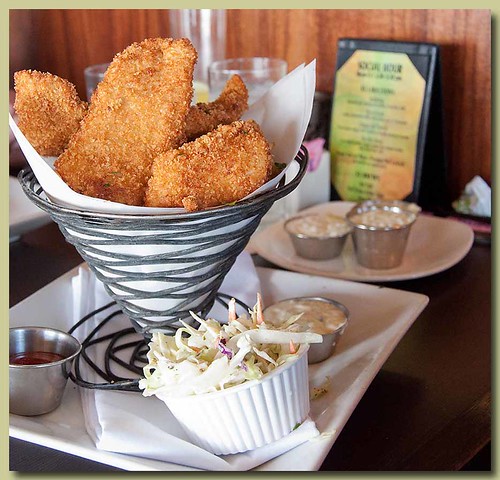 Stan had the fish and chips with cole slaw hush puppies and fries.

See all the extra tartare sauce in the background, that's how much Stan usually uses to eat the fish.

Why eat the fish I say? because it's good for you says he. <me scratching head>

This time he used only two of the tartare sauces because the fish was so good. He says he'd do it again in a heartbeat. 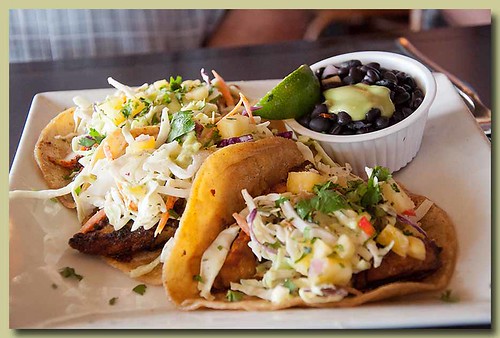 Donna and Ronnie had the Blackened fish tacos with a chipotle aioli, pineapple salsa, shredded cabbage, chile black beans topped with an avocado creme that they deemed excellent.

Donna has never had fish tacos before so she decided to step out of her comfort zone and ordered them, and was ever so happy she did. 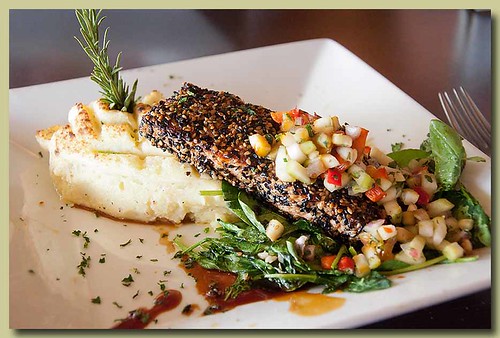 I had the black & white sesame salmon with a wasabi mash, wilted arugula and baby spinach, pickled cucumber salsa and soy reduction.

I was a member in good standing in the clean your plate club, nary a crumb or sesame seed was left on my plate. 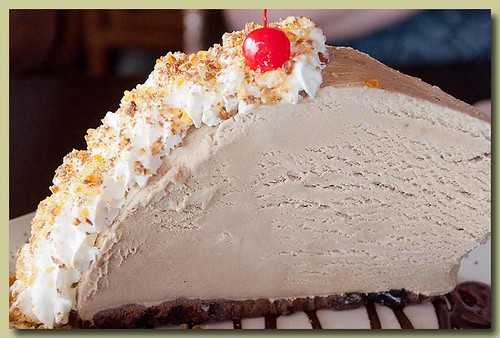 We shared this huge slice of Mud Pie 4 ways and still had a piece leftover.

After lunch we headed back over to Pt. Loma Seafood so I could get some fresh fish. I brought an ice chest with ice not knowing they offer ice with your purchase, nice touch.

I bought some red snapper, halibut, shrimp and squid steaks. I cooked the squid the next day and I'll post that soon.

The snapper, halibut and shrimp are in the freezer awaiting further orders.

Great Afternoon at the Bay

Last weekend Stan's daughter and her husband were in town visiting. Of course when landlocked people come visiting we head toward the sea.

No, that's not us out on the boats

We were cozily ensconced inside a bay side restaurant watching the boats while imbibing in a few cool ones.