From The Silver Palate Cookbook.

What a fabulous pie.

I decided to make individual pies instead of one large one. That way I can freeze them and we'll always have a tasty dessert on hand. 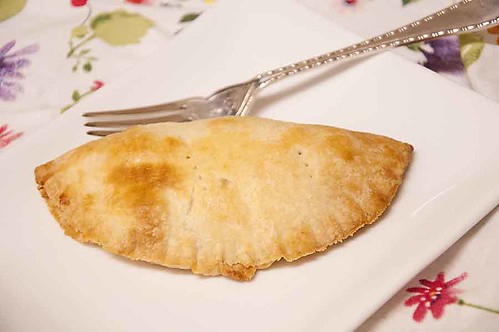 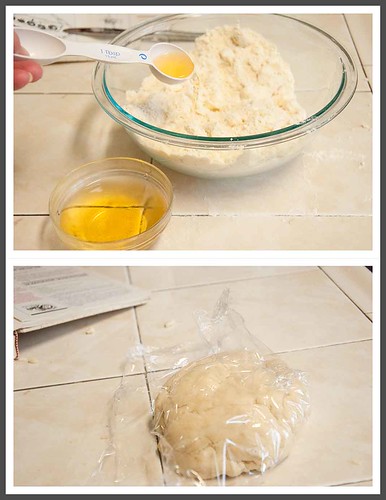 For the pie crust you'll need. Flour, sugar, salt and cinnamon along with butter and shortening. Instead of adding water the recipe calls for apple juice, just enough to bring the dough together.

Wrap and place dough in refrigerator for 2 hours.

While the dough is resting, peel, core and thinly slice the apples and make the filling 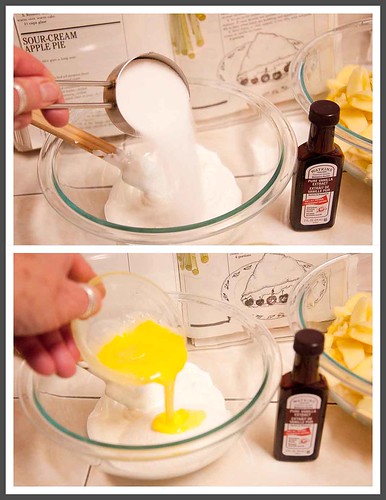 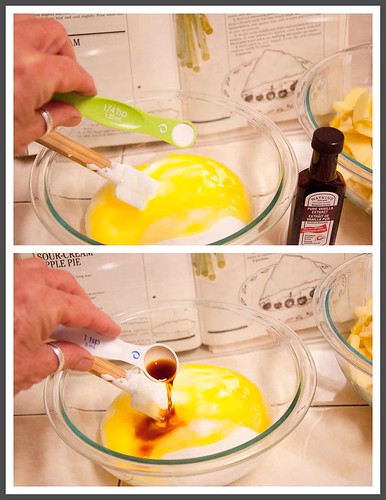 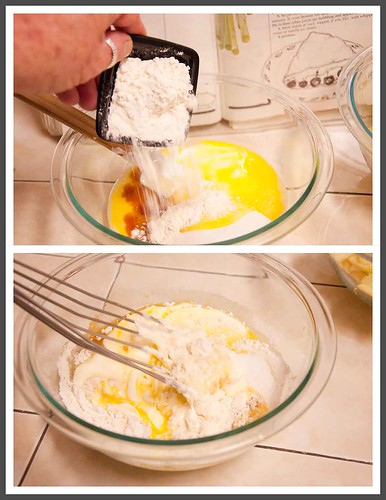 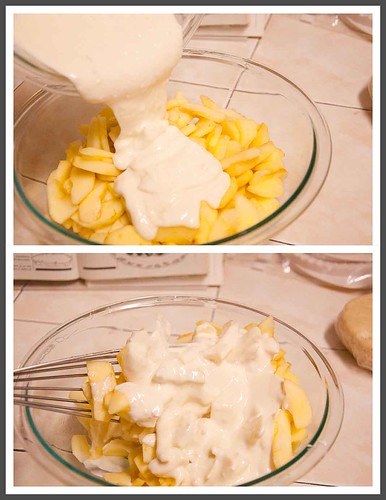 Instead of making one big pie, here's how I made the smaller ones. 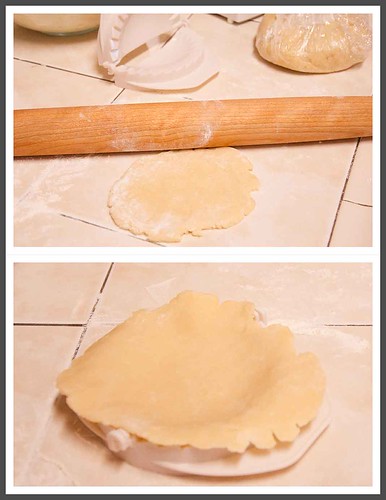 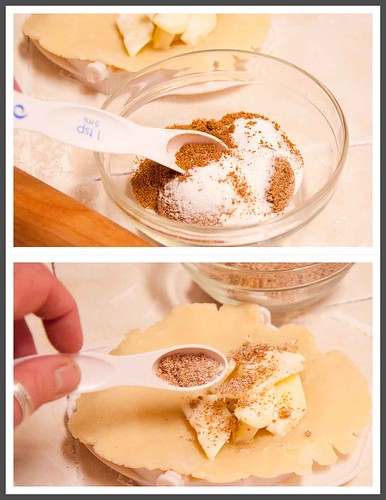 Place some apples on one side of the dough and add the topping.

The topping for the apples is brown sugar, granulated sugar, cinnamon and walnuts.

I substituted Chinese Five Spice powder for the cinnamon, it is outfreakingstanding!!! 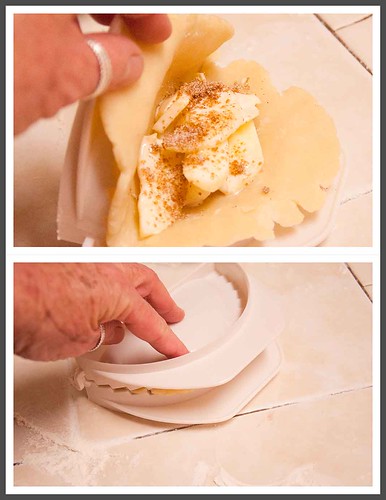 Using the mold, fold the dough over and press firmly, that will crimp and trim off any excess dough

Oops, first brush the edges with a lightly beaten egg. 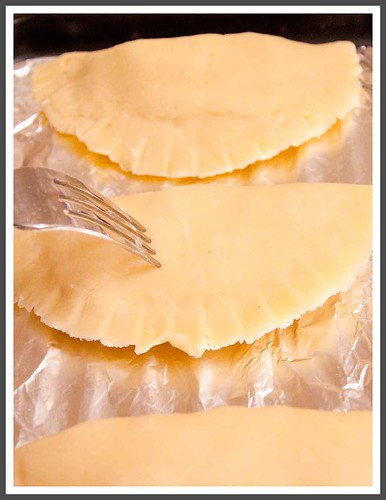 Poke with a fork for vent holes and brush with egg whites mixed with a little water. 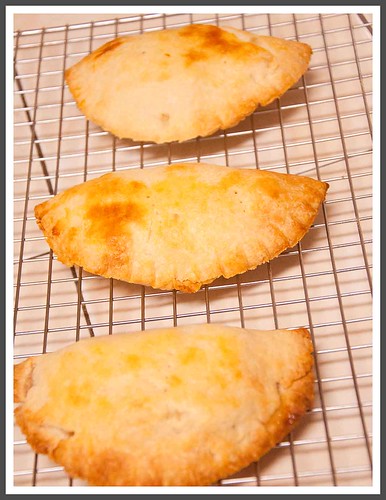 Just look at those little beauties 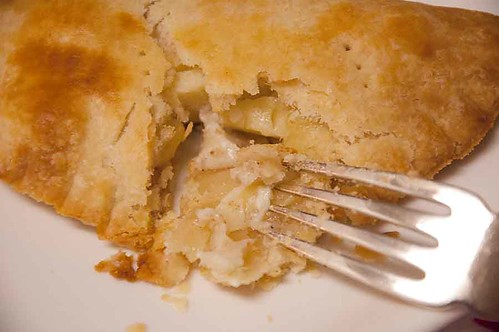 and the tender flaky crust.

I do believe this is one of my best pies yet. I hope you'll make one too.

CRUST Sift flour, sugar, salt and cinnamon into a bowl. Cut in butter and shortening using a fork or pastry cutter until mixture resembles rolled oats. Moisten with just enough cider, tossing ingredients lightly with a fork, to permit the dough to be formed into a ball. Wrap and refrigerate for 2 hours. Cut off one third of the dough and return it to the refrigerator. Roll out the other two thirds between 2 sheets of wax paper. Line a greased 9-inch pie pan with the dough, Trim over hang and crimp decoratively.

TOPPING Mix sugars, cinnamon and walnuts together and sprinkle evenly over apple filling. Roll out remaining pastry between sheets of wax paper to form a 10-inch circle. Cut into 1/2 inch strips, and arrange these lattice-fashion over apples; trim ends of strips and crimp edge of crust decoratively.Set pie on the middle rack of the oven and bake for 55 to 65 minutes. If crust browns too quickly, cover loosely with foil.

Pie is done when juices are bubbling and apples are tender.

Serve warm or cool, topped, if you like, with whipped cream or vanilla ice cream.

From The Silver Palate Cookbook.

What a fabulous pie.

I decided to make individual pies instead of one large one. That way I can freeze them and we'll always have a tasty dessert on hand.