A few simple ingredients tossed with a spicy sesame vinaigrette 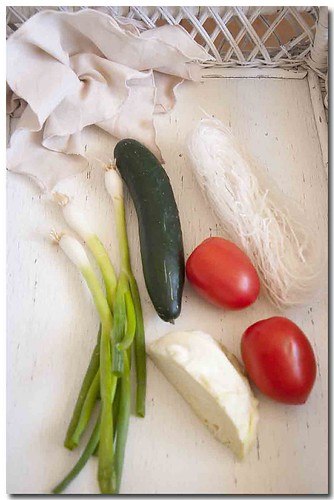 Grab any of your favorite salad ingredients, it'll be great. 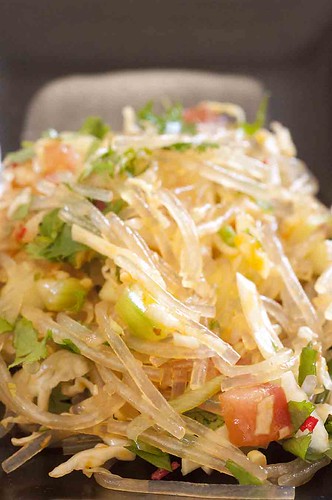 This salad is literally done in the time it takes to prepare the bean threads. 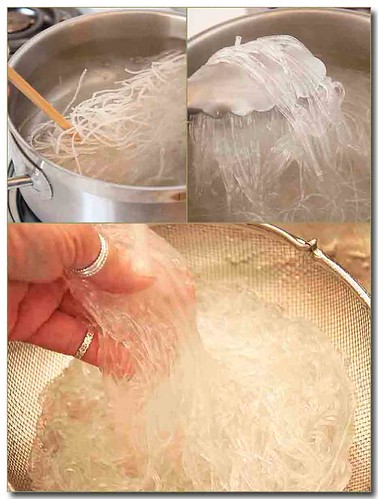 Bring a medium-sized pot of water to the boil. Add the bean threads making sure they are totally submerged in the water.

Remove from heat and let sit for 15 minutes.

When the bean threads are ready, drain and cool under cold running water.

Use any noodle you like. I've also made it with vermicelli or bow tie pasta. Just make sure your noodle/pasta of choice is cooled after it's cooked.

While the noodles are cooking start the vinaigrette. 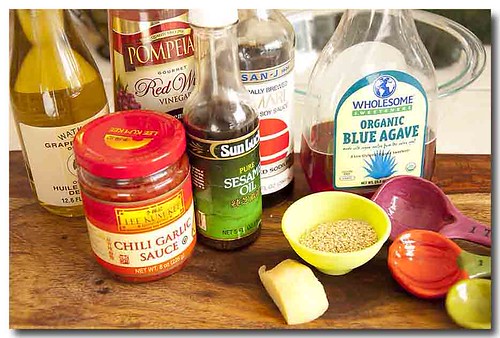 If you don't have the chili garlic sauce available use a pinch of red pepper flakes, 2 teaspoons of hot pepper sauce and 2 cloves of garlic that you finely minced or put through a garlic press. 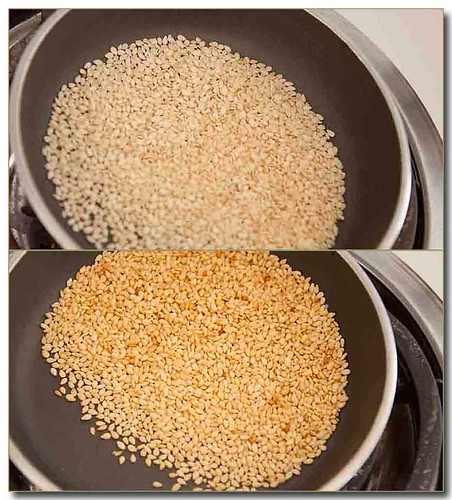 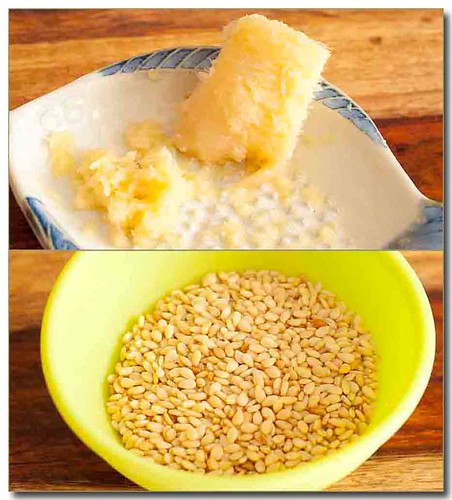 Grate a teaspoon of fresh ginger and have the sesame seeds cooled. 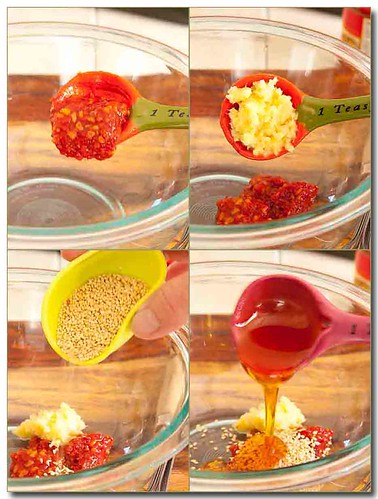 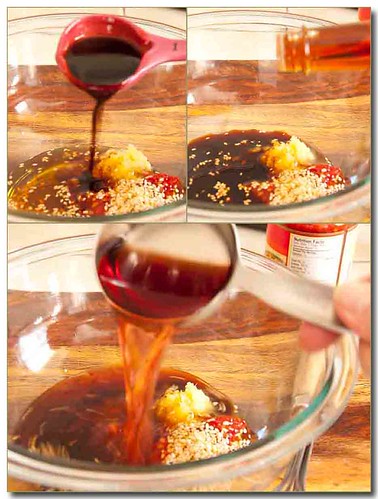 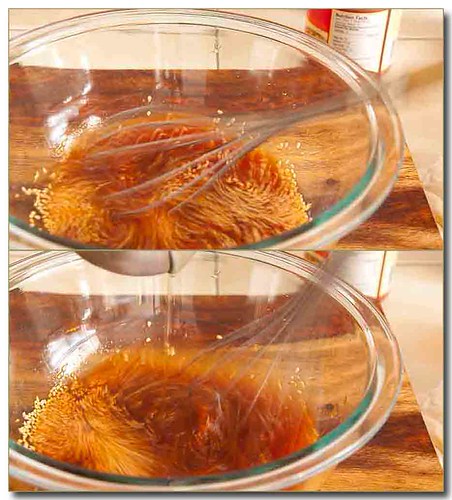 Then stir, stir and drizzle in the oil while whisking like mad.

Done. Now back to the salad. 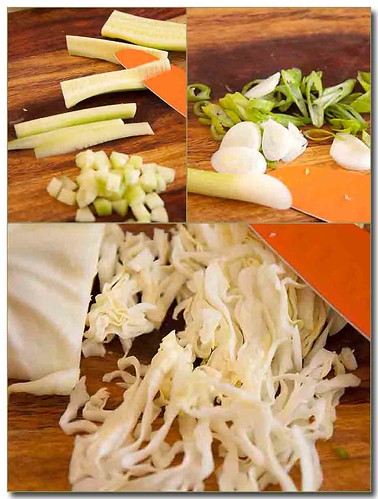 Prep the veggies you chose. I diced some cucumber, cut the scallions on the diagional and finely sliced some cabbage. 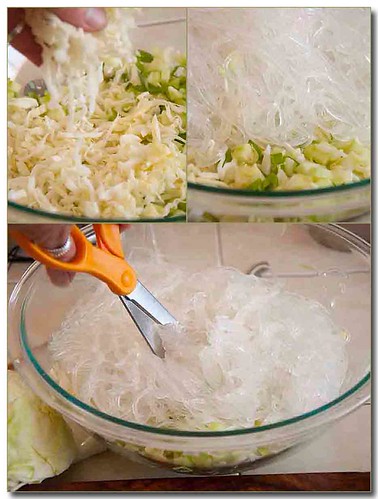 In a large bowl, add the veggies and the cooled noodles.

Using impecably clean scissors cut the noodles into one inch lengths. If you don't, you'll end up with a glob of noodles surrounded by veggies. The ingredients blend together better this way. 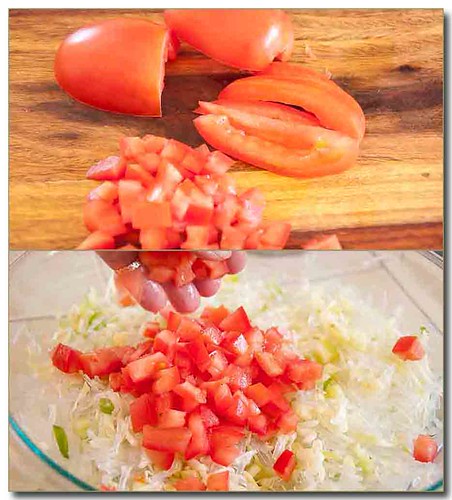 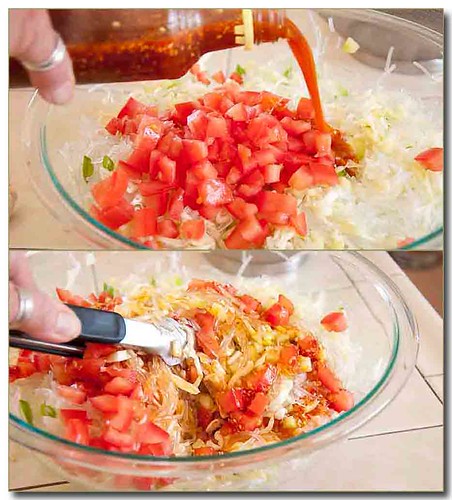 Add the vinaigrette and mix, mix.

It's slightly spicy and very refreshing. 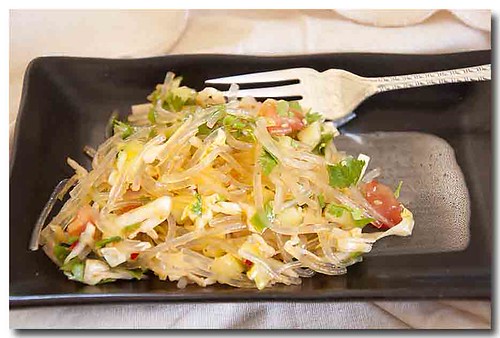 6 drops sesame oil; or to taste

Bring a medium pot of water to a boil over high heat; Turn off the burner and completely submerge the bean threads in the water for 15 minutes.

Meanwhile, whisk together the vinaigrette ingredients in a small bowl.
When the bean threads are done, drain and rinse well in cold water,Transfer the bean threads to the bowl of vegetables and toss.

Add the vinaigrette and toss, taste and adjust the seasoning.

A few simple ingredients tossed with a spicy sesame vinaigrette

Grab any of your favorite salad ingredients, it'll be great.