Beautiful chunks of beef along with carrots, celery and leeks. Throw in some diced red potatoes later and you have a great beef stew. 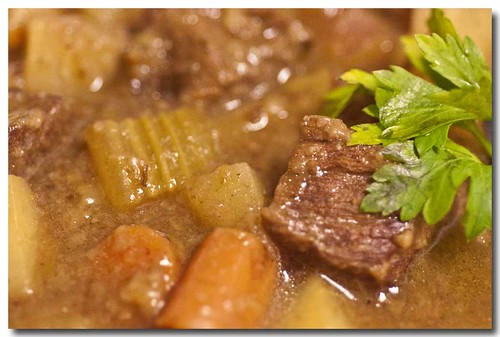 I was thinking I'd freeze some for later but it didn't last that long. 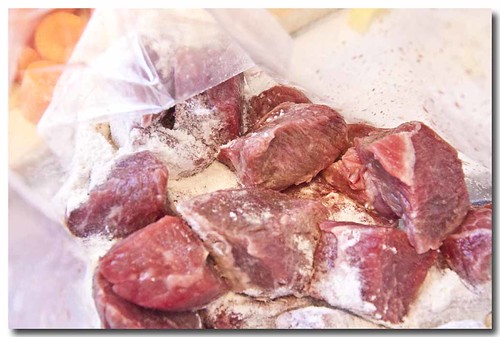 I had one pound of stew beef that I dusted with flour. Just put some flour in a paper bag or plastic bag, add the beef and shake like crazy.

Some people season the flour, I don't. I add the seasoning while the meat is in the pot browning. 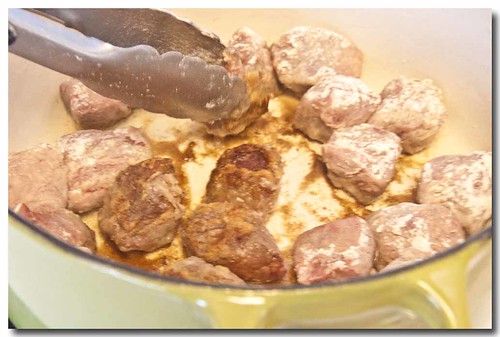 In a heavy pot or dutch oven, add one tablespoon of oil, I use grapeseed oil, but use what you are used to. Keep the oil handy though, I had to add a little more as the meat was browning. 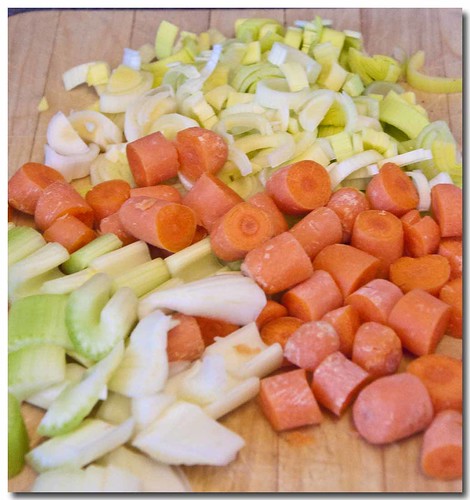 While the meat is browning chunk up some carrots, celery and leeks. No need to be precise, stew is a rustic meal. 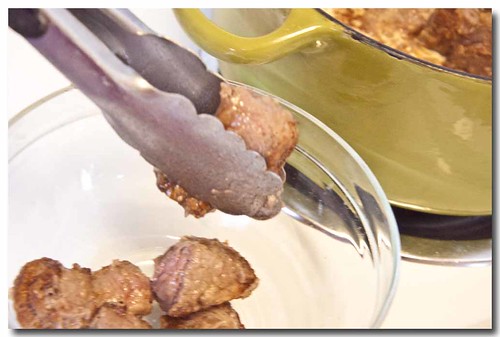 When the meat is nicely browned remove it from the pot. 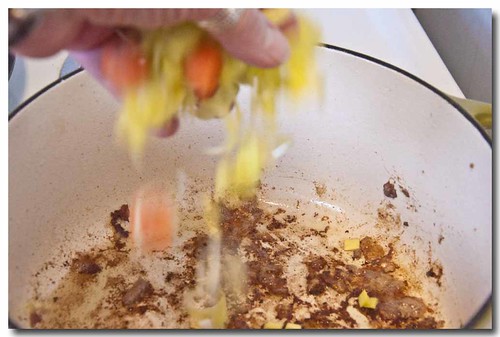 Keeping the browned bits and fat in the bottom of the pot add the vegetables. Add more oil if needed.

I heard a carrot hit the floor as I was transferring them to the pot. 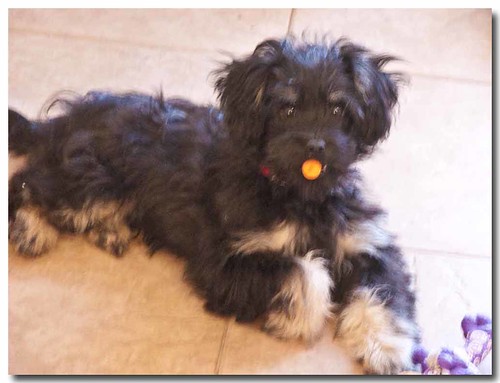 Scooter had fun playing with it for a while. He decided he's not a vegetarian. 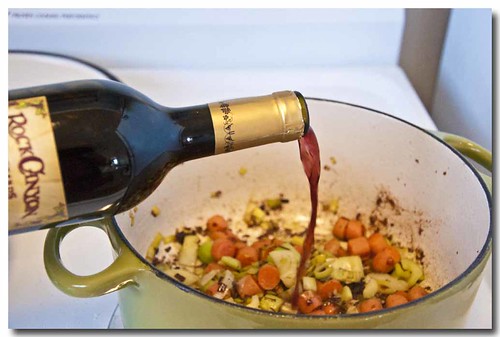 When the vegetables start taking on a little color deglaze the pan with a healthy splash of red wine. I'd say I used about 1/4 cup of Syrah. 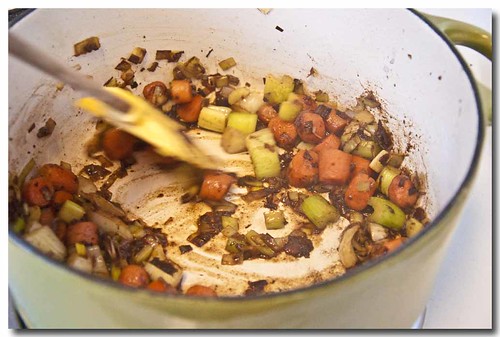 Stir really good to get up all the flavorful fond that has developed on the bottom of the pot. 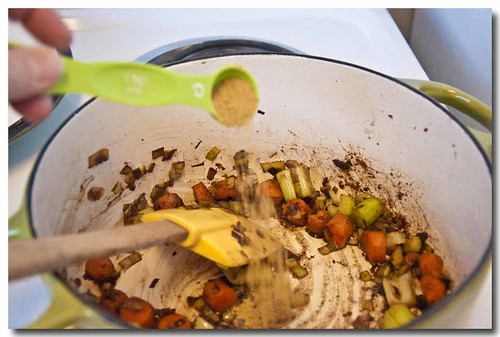 I don't usually have homemade beef stock on hand so I added 1 tablespoon of Watkins beef soup and gravy base, 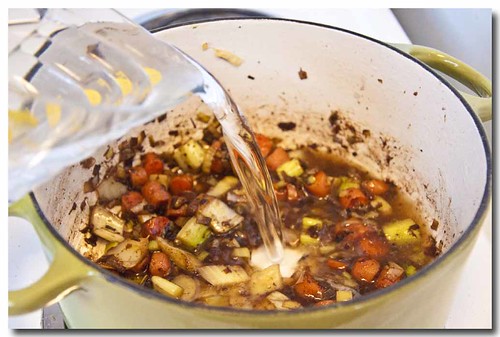 and two cups of water. 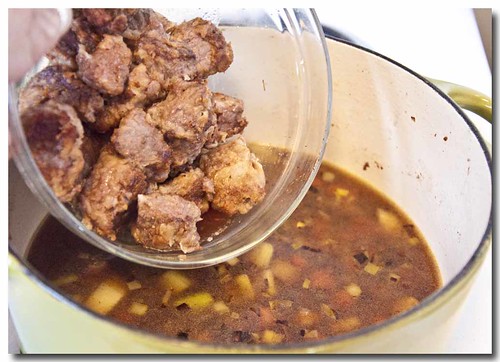 Add the meat and any juices back into the pot with the vegetables. 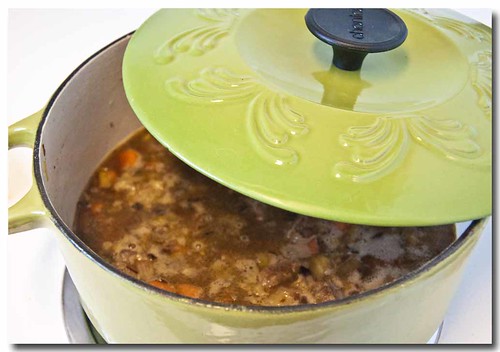 Bring to a boil then cover and lower to a simmer. Simmer until the meat if fork tender. 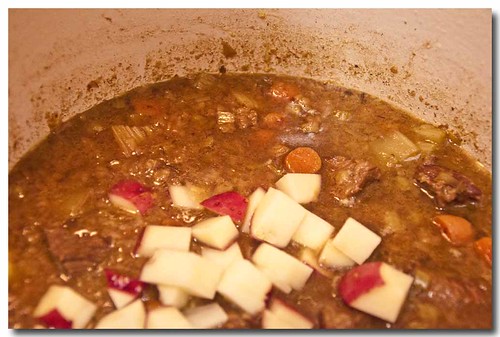 During the last 30 minutes add the potatoes. Continue simmering until the potatoes are cooked to your liking.

Beautiful chunks of beef along with carrots, celery and leeks. Throw in some diced red potatoes later and you have a great beef stew.

I was thinking I'd freeze some for later but it didn't last that long.