Made My First Tagine Meal

Chicken, preserved lemon, olives and spices. That made for a wonderful first meal in my new tagine. 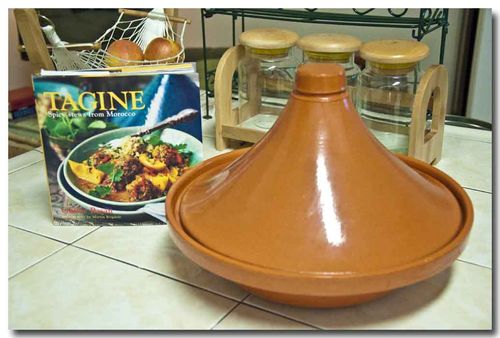 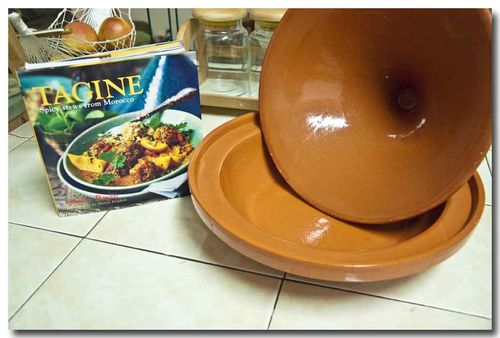 Isn't it a beauty. It's cured and ready to go.

Let's try it out. 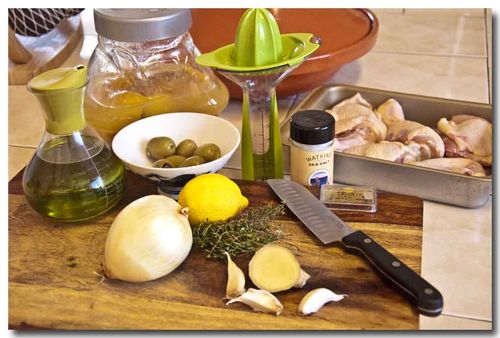 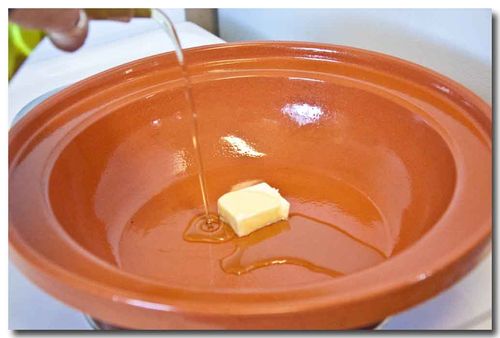 Heat the olive oil with the butter in the tagine. 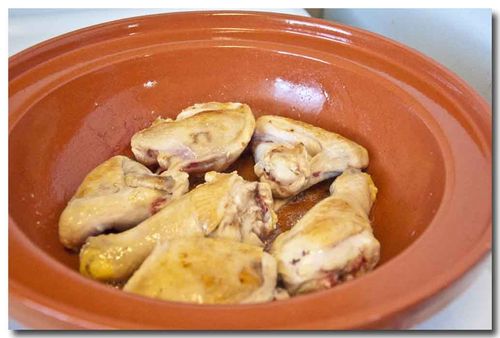 Brown the chicken pieces in the oil.

In a tagine this will take a while, it's not as quick as in a skillet but one nice thing is you don't have to stay on top of it and worry about it burning quickly.

I had my electric burner set to the #4 mark which is low-med.

While the chicken is browning prep the rest of the ingredients. 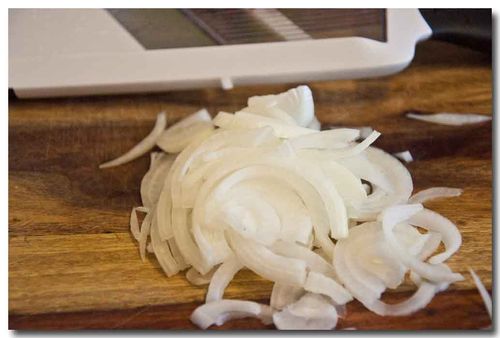 Juice the lemon. I found this terrific lemon, lime juicer last weekend, is it way stinkin' cool or what.

The lemon reamer sits atop a tube. 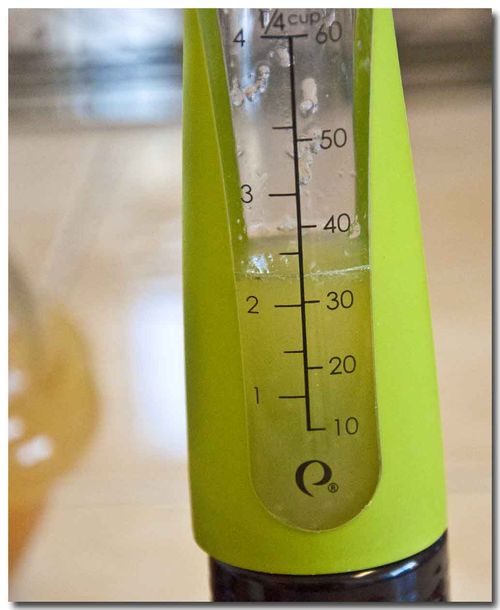 The tube has Tbsp and ml measures on it. 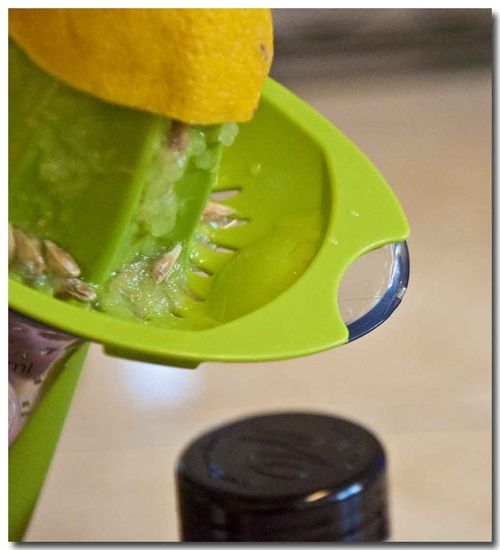 Then, tip it over and pour it out.

You'll need not only to prep the onion and lemon juice but you also need to get the garlic and ginger ready. 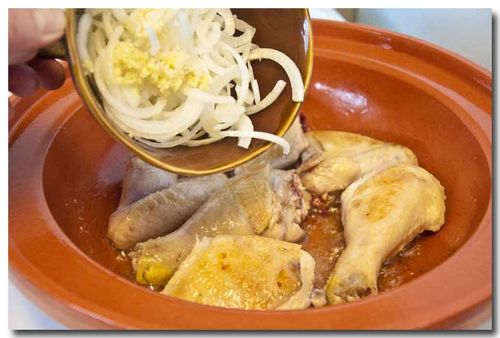 Add the onion, garlic, and ginger to the browned chicken pieces and 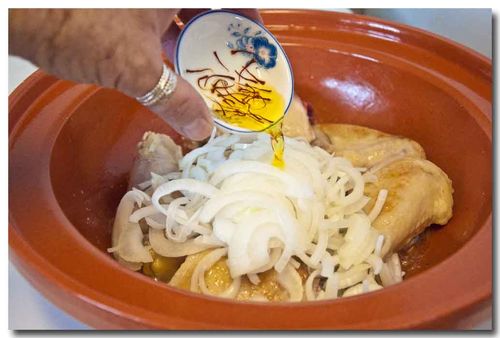 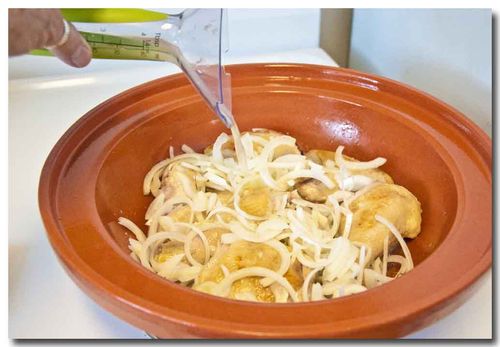 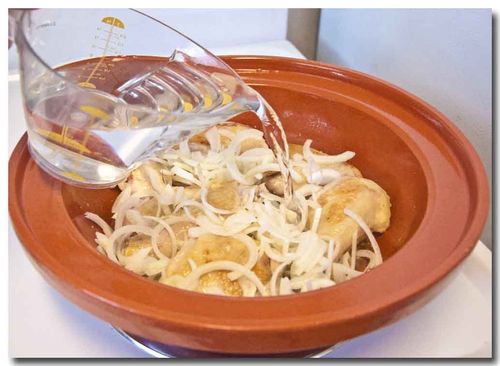 and enough water to come half way up the chicken pieces.

I also added half a tsp of chicken soup base. 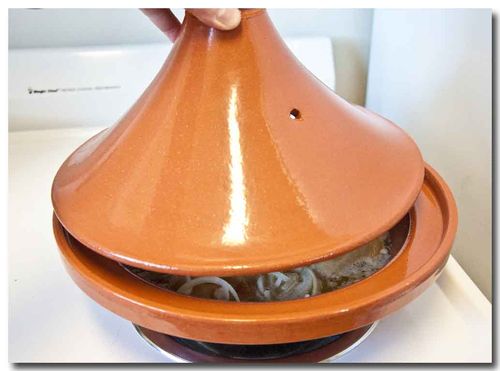 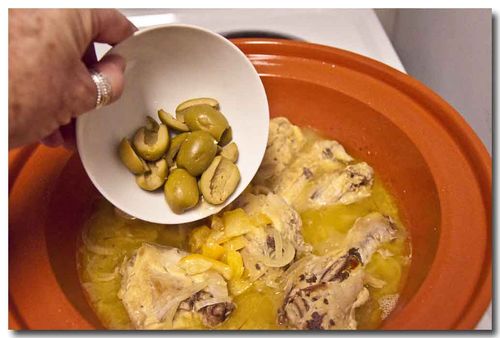 Then add the preserved lemons, olives and thyme.

Cover again and simmer for another 15-20 minutes. 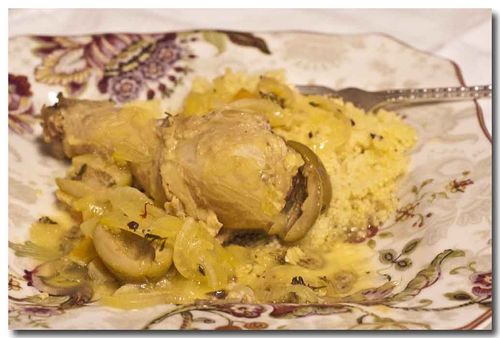 I served it with couscous.

The chicken is moist and delicious. I see a lot of tagine cooking in my future.

I find tagine cooking very calming and enjoyable. I don't know how to explain it but I didn't feel pressured or rushed, everything just flowed easily.

Here is the recipe I loosely based this on. Since I didn't marinade the chicken, I added the marinade ingredients after the chicken was browned.

1 tablespoon olive oil with a pat of butter

juice of one lemon

In a bowl, mix together all the ingredients for the marinade. Put the chicken thighs or legs in a shallow dish and coat with the marinade rubbing it into the skin.Cover and chill in the refrigerator for 1-2 hours.

Heat the olive oil with the butter in a tagine or heavy-based casserole dish. Remove the chicken pieces from the marinade and brown them in the oil. Pour over the marinade that is left in the dish and add enough water to come halfway up the sides of the chicken pieces. Bring the water to a boil, reduce the heat, cover with a lid, and simmer for about 45 minutes,turning the chicken from time to time.

Add the preserved lemons, olives, and half the thyme to the tagine. Cover again and simmer for a further 15-20 minutes. Check seasoning and sprinkle the rest of the thyme over the top. Serve immediately from the tagine.
Yield: 4 servings

Made My First Tagine Meal

Chicken, preserved lemon, olives and spices. That made for a wonderful first meal in my new tagine.

Isn't it a beauty. It's cured and ready to go.

Let's try it out.