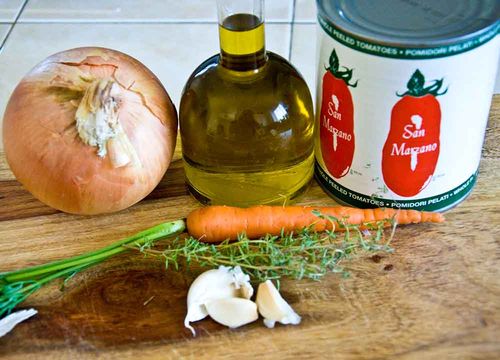 Let's get together with Mario Batali and make some sauce. 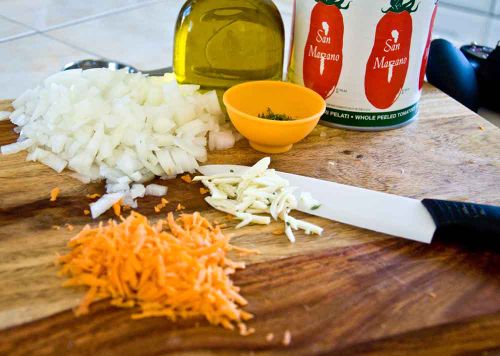 So I chopped, sliced, diced and shredded the ingredients. 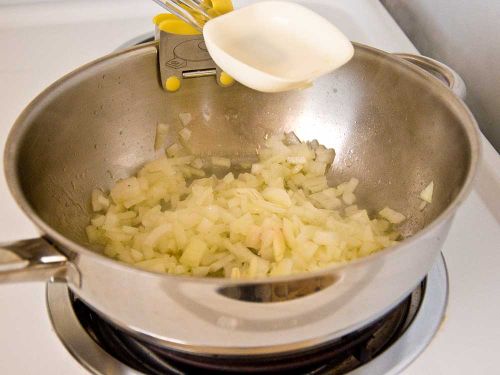 To the oil in the pan the onions were added and cooked to a light golden brown. 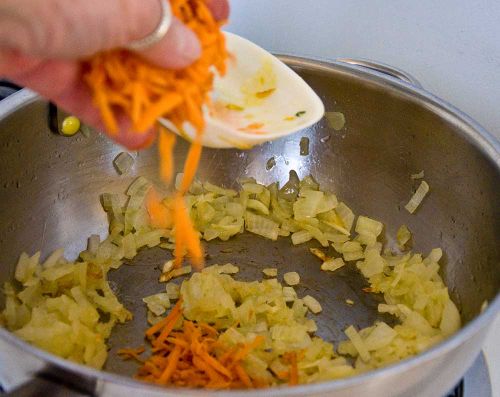 The carrot and thyme were added. When the carrot was cooked until soft, 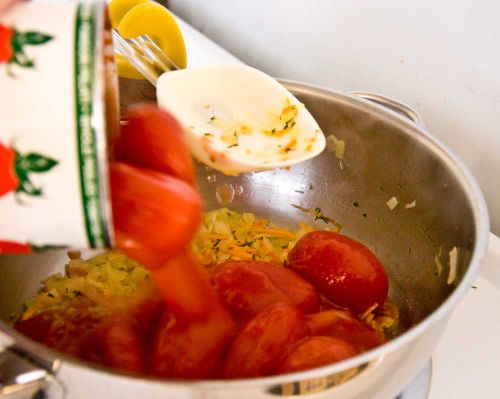 the canned tomatoes were added. After they were added I broke up the whole tomatoes into smaller pieces and released their juices. Truth be told, I squished them with my hand. That was great fun.

There appeared to be a lot of goodness left in the tomato can so I decided I'd, 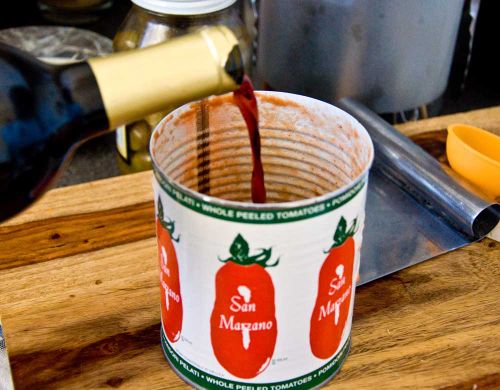 rinse the can out with some red wine. This wasn't called for in the recipe but it just felt right. ;-) 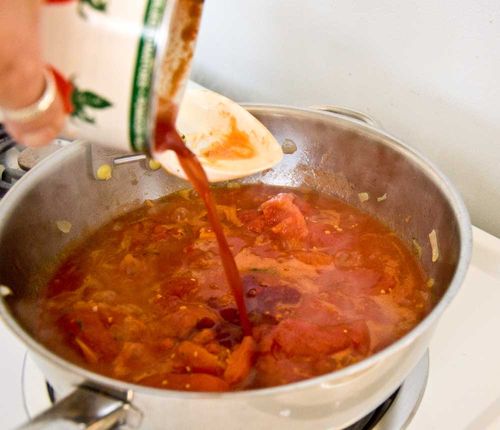 This deliciousness was added to the simmering sauce. 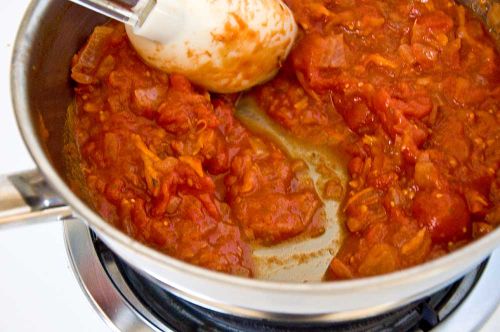 The sauce was then simmered over low heat until the consistency of hot cereal. I was thinking Cream of Wheat.

This will be one of my staples.

1. In a 3-quart saucepan, heat the olive oil over medium heat. Add the
onion and garlic and cook until soft and light golden brown, 8 to 10
minutes. Add the thyme and carrot and cook until the carrot is soft,
about 5 minutes.

2. Add the tomatoes, with their juice, and bring to a boil, stirring
often. Lower the heat and simmer until as thick as hot cereal, about
30 minutes. Season with salt. This sauce can be refrigerated for up to
1 week or frozen for 6 months.

Let's get together with Mario Batali and make some sauce.