This is autumn on a plate. A delicious savory bread pudding with cheese and cream, what's not to like. 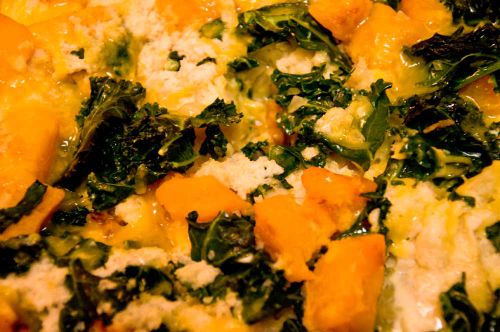 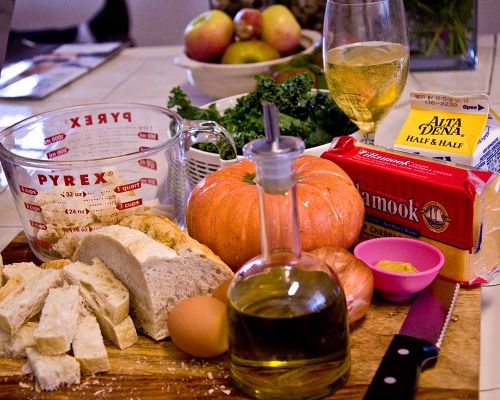 I didn't have a butternut squash but I did have a gold nugget squash. The squash with the hardest shell of any squash on planet earth. I needed a mallet to hammer the knife through it. It's a very flavorful squash though, and worth the effort. 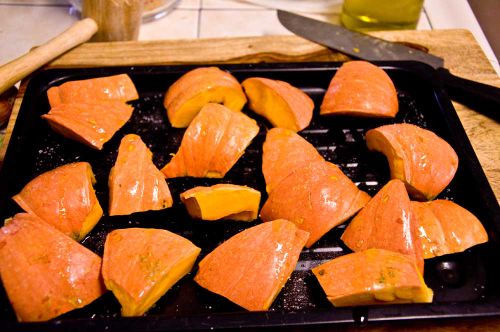 I hammered and cut my way through the rest of the squash. Tossed it with some oil and salt then put into a 400*F oven to roast for a while.

While the squash was roasting I started with the egg mixture.

Mixed up the eggs and added, 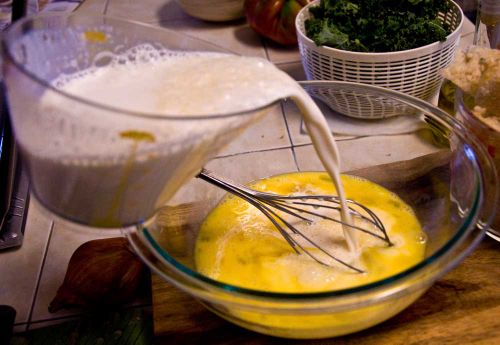 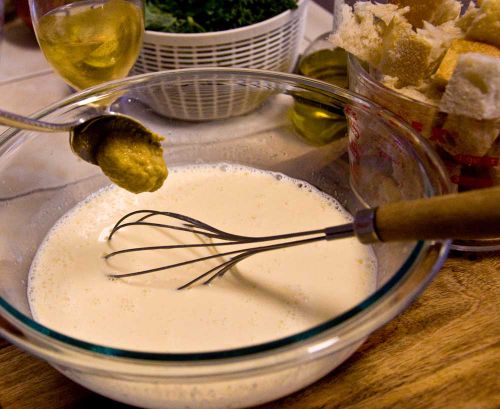 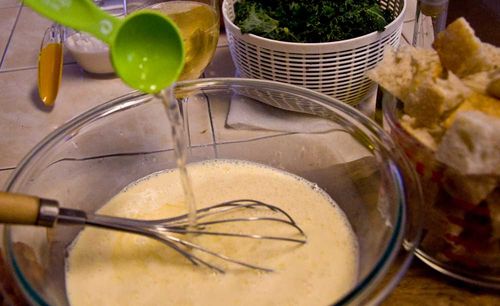 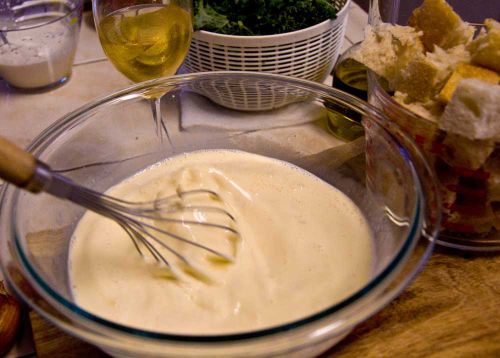 Stirred and whisked a little. 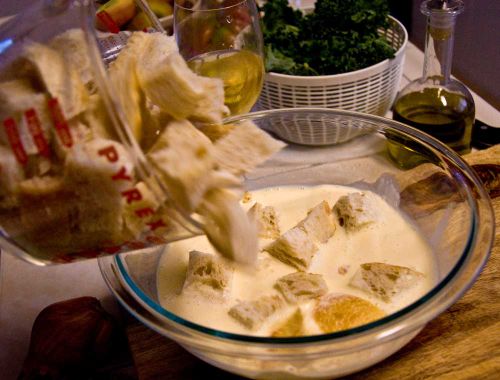 Then added the bread cubes, 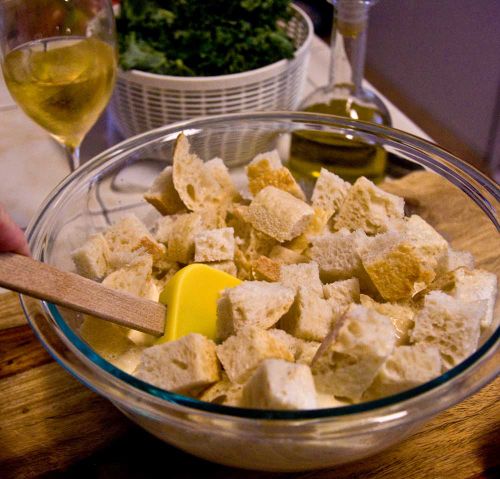 and gently folded them into the egg mixture. The mixture then sat for about half an hour. 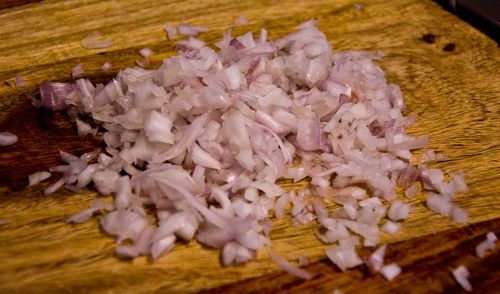 The shallots got chopped. I know this is not a pretty chop job, but I forgot to put my contacts in and I was crying so much I couldn't see what I was doing. Lucky I didn't chop off a fingertip. 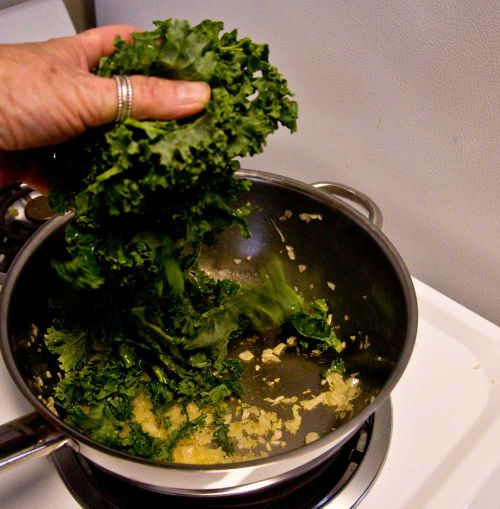 Cooked the shallots until they started taking on a little color. Once the shallots were ready I added the kale to the pan. 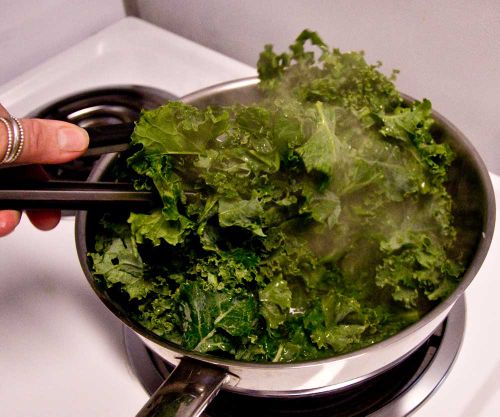 I just kept turning and cooking until it was 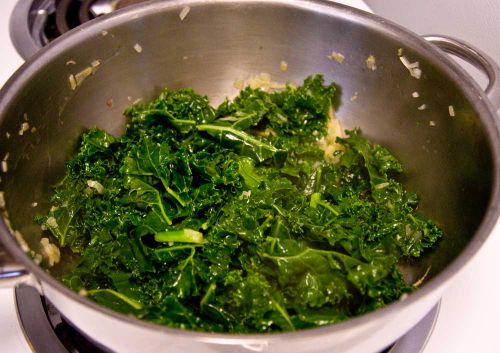 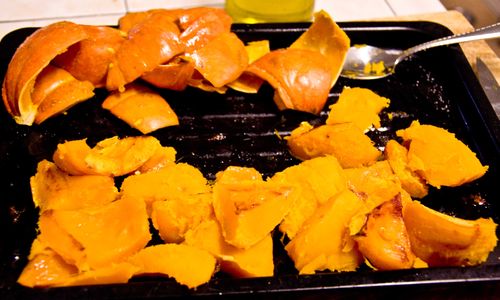 By now the squash was ready. The shell was still hard as a rock but the flesh scooped out easily with a spoon. I could have sat down and made a meal of just this, it's a wonderful squash. 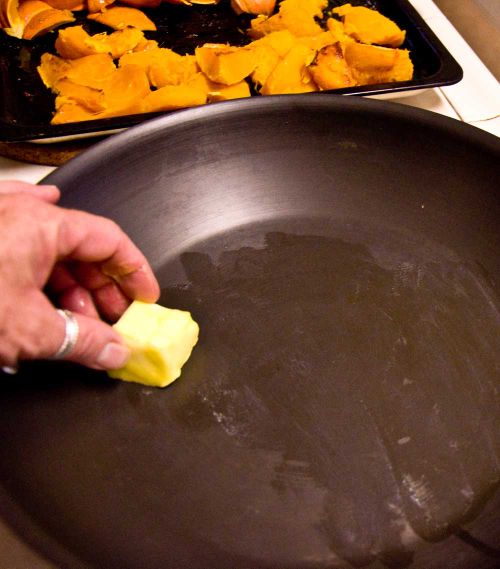 Time to get the pan generously buttered. 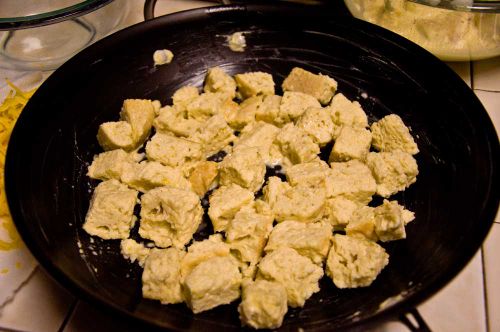 Some bread was removed from the egg mixture, just enough to cover the bottom of the pan. 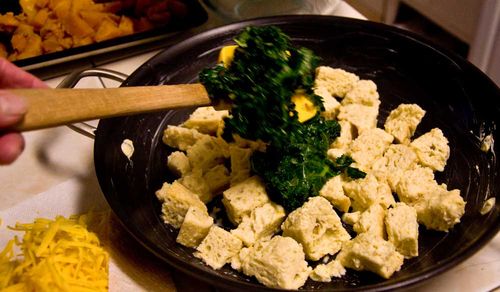 The bread was topped with some of the kale, 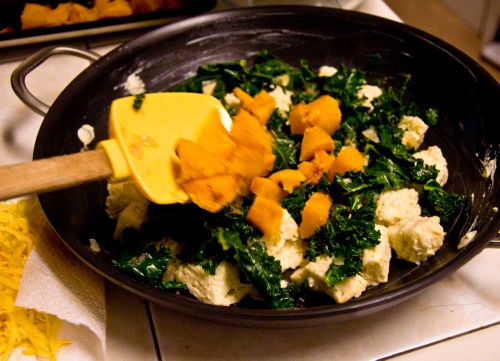 some of the squash, and some of the cheese. The layering process was repeated one more time. 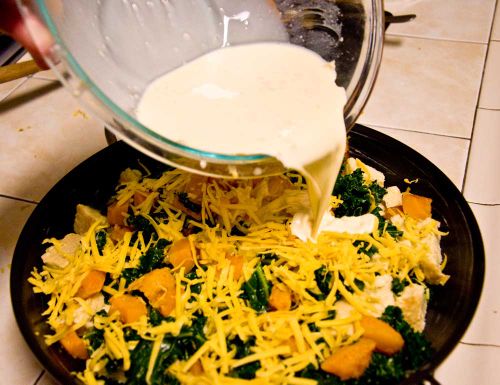 Then the remaining egg mixture was poured over it all. It was covered and baked in a 350* oven.

I skipped the browning the cheese under the broiler step. It was looking and smelling too good by then and I couldn't wait to dive in. 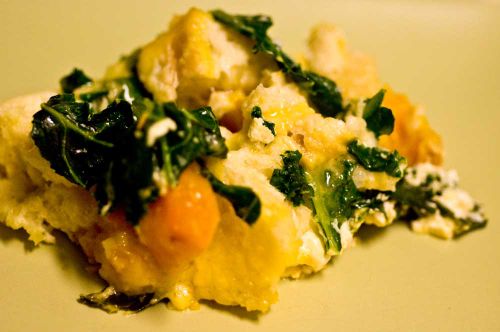 The bread was so light and fluffy. It reminded me of a perfectly cooked dumpling, melt in your mouth smooth.

I can't wait to make this again.

Meanwhile, heat 2 tablespoons oil in large pot over medium-high heat. Add
shallots and sauté until soft, stirring frequently, about 5 minutes. Add
kale; cover and cook 2 minutes. Uncover and stir until kale is wilted but
still bright green, about 5 minutes. (kale will be a bit crunchy).

Reduce oven temperature to 350°F.
Generously butter 13x9x2-inch baking dish. Using slotted spoon, transfer
half of bread from egg mixture to prepared baking dish, arrange to cover
most of the dish. Spoon half of kale over bread. Spoon half of squash over
bread and kale; sprinkle with half of cheese. Repeat with remaining bread,
kale, squash and cheese. Pour remaining egg mixture over bread pudding.

This is autumn on a plate. A delicious savory bread pudding with cheese and cream, what's not to like.