I made these the other night. They were delicious and a do-again for sure.

Let's get mixing and eating. 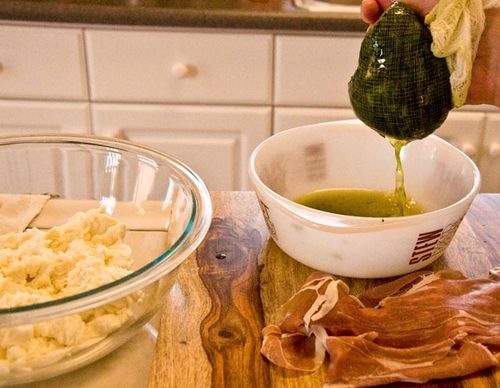 Gathered the ingredients and drained the spinach that I placed in cheesecloth. Dang, there is a-lot-of-liquid in spinach. I probably should have made a healthy drink or something with the liquid...naw. 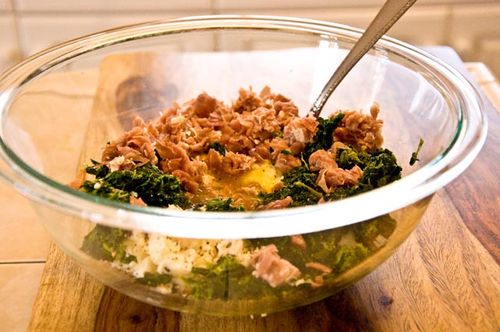 I mixed up some prosciutto, egg yolks, spinach and ricotta cheese. 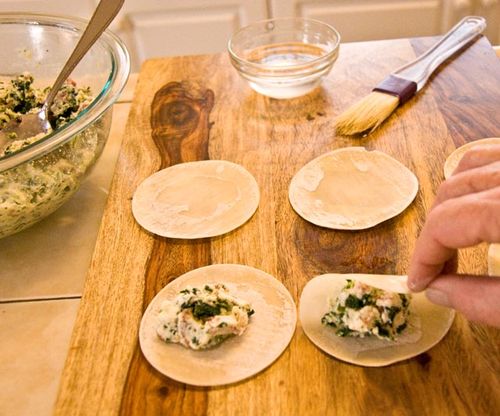 Put a scant teaspoon of filling into a wonton wrapper, brushed the edges with water then folded over and sealed closed. 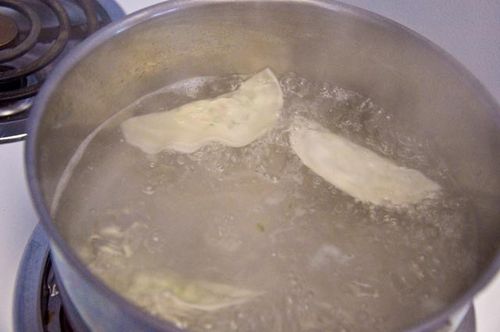 Gently placed into rolling boiling water, just a few at a time so the water won't lose it's boil. 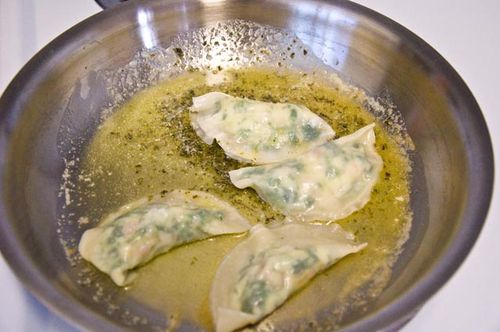 As the ravioli were boiling I melted some butter in a skillet and added Greek oregano. Then I swished the cooked ravioli around in the oregano butter.

Plated and dove in. Didn't even stop for a salad.

Thanks Giada for a great dinner.

Whisk the ricotta, spinach, prosciutto, egg yolks, salt, and pepper in a
medium bowl to blend.

Place 1 tablespoon of the ricotta filling in the center of a wonton
wrapper. Brush the edge of the wrapper lightly with water. Fold the wrapper
in half, enclosing the filling completely and forming a triangle. Pinch
the edges to seal. Transfer the ravioli to baking sheets. Repeat with the
remaining filling and wrappers. (Can be prepared up to 2 hours ahead; cover
and refrigerate.)

Melt the butter in a heavy small skillet over medium heat. Add the oregano
and stir 1 minute. Season, to taste, with salt and pepper. Remove from the
heat.

Working in batches, cook the ravioli in a large pot of boiling salted water
until just tender, stirring occasionally, about 4 minutes per batch.
Transfer the ravioli to a large shallow bowl.

Printed from FoodNetwork.com on Thu Jul 30 2009

I made these the other night. They were delicious and a do-again for sure.

Let's get mixing and eating.