Get your ice cold lemonade here!!!

What better way for an 11 yr entrepreneur to make a few dollars on a hot afternoon, than to set up a lemonade stand on the street corner. Offer a his little brother and a couple of neighborhood kids fifty cents each and a couple of free glasses of lemonade for their efforts. 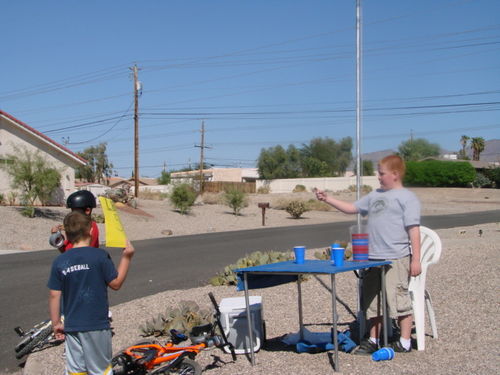 The boss is the only one with a chair, giving directions as to who will be at which corner.

It's a nice 90 degree day. Should make a lot of money today.
Come see how they do.

I gleaned this recipe from the newsgroup rec.food.cooking. After I cleaned and seeded a pumpkin I broke out in hives so I had to improvise and used a sweet potato and a yam.

This soup is delicious and is going to be a winter staple. 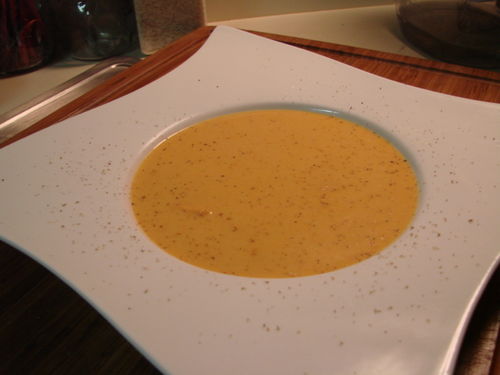 I don't have many opportunities to be in Downtown San Diego, especially at night. Fri night daughter Vicky and I went to a function that took place on the 17th floor of a downtown condominium. Two sides of the condominium are ceiling to floor windows that open out onto the two balconies. What a photo opp. even though I'm not thrilled about heights. I took the time to take a few photos before we left.

San Diego is so pretty. 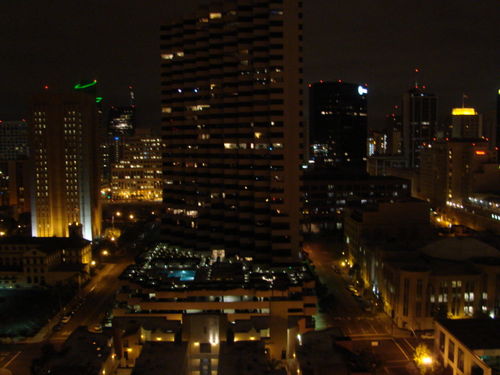 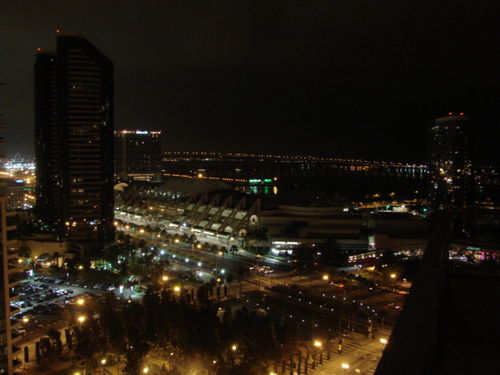 The convention center and the string of lights in the distance is the Coronado Bay Bridge.

Urban living at it's best.

Last month when I went to Banbu Sushi I was disappointed. A regular customer of Banbu Sushi didn't agree with my opinion and left his in the comments portion of that post.

Said customer and I were to meet there last Tuesday as a result of his generous offer of "for all the readers that need help ordering the right stuff i will be there this tuesday 6:30pm at the sushi bar in front of the head chef armand" I was there, he wasn't. He did make sure though that one of the owners knew I was coming and left me in the more than capable hands of Fadi.

Fadi took the time to sit down with me, answer my questions, and inform me about the fish they buy and have delivered 6 days a week. We discussed the tuna they use which is Blue Fin, and comes from either Spain or Hawaii. As of Tuesday he was paying around $25.00 a pound for it. During our conversation it became apparent to me that he is very passionate about the quality of his product and the satisfaction of his customers.

He asked me what sushi I've had and what I like. Being the admitted rank sushi amateur that I am that was a very short conversation. He took pity on me and offered to made the meal decisions. Left in his capable hands this is the memorable meal we had. I might add that Stan and Daughter Vicky were with me.

While Fadi and I were talking daughter Vicky ordered some California rolls. When I told her what we were going to have for dinner she could have kicked herself. Hey, they were delicious and even great for lunch the next day.

We were first served a cold sake. 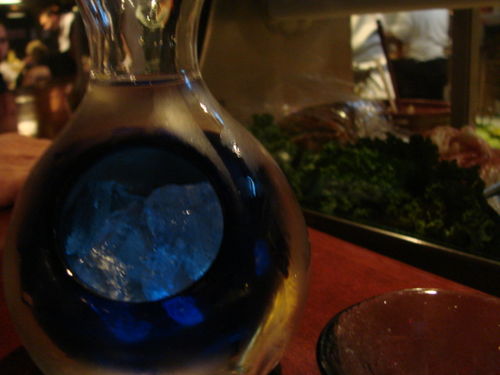 I would have liked more of this but I was driving. Drat!!! It was much smoother than I imagined a sake to be. Maybe that's what makes it so dangerous.